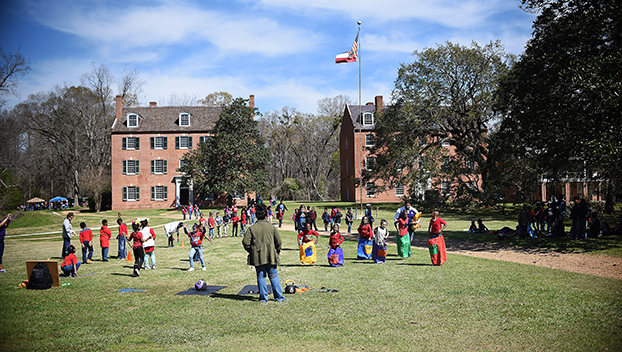 Mississippi Department of Archives and History officials say plans to restructure Historic Jefferson College are being planned and will be announced on a later date this spring. (file photo)

NATCHEZ — The Mississippi Department of Archives and History plans to restructure programming and hours at Historic Jefferson College, the director said.

The restructuring, said Katie Blount, director of the Mississippi Department of Archives and History, is part of a larger plan that is yet to be revealed for MDAH’s properties in Natchez and Adams County, which includes the Grand Village of the Natchez Indians.

“We have a long-term plan for all of the properties in Natchez,” Blount said.

MDAH, however, is not yet prepared to release full details of the restructuring of the Historic Jefferson College properties, and full details will be released at a later date, MDAH officials said.

“What we will be announcing,” Blount said, “is a new programming plan and hours. The work we are undertaking at Jefferson College is part of a larger plan we have for the Natchez area. We are very, very committed to the Natchez area.”

Historic Jefferson College is the first institution of higher learning chartered in the Mississippi Territory and was the birthplace of Mississippi’s statehood in 1817. Today the site is operated as a museum with several original buildings dating between 1819 and 1839.

Lynwood Easterling, an alumnus of Jefferson Military College, said MDAH officials told him that the department planned to reduce staff and close the facility in July.

“After they close down, they are going to try to seek funds to restore the buildings,” Easterling said. “I’m very upset — not just because I’m an alumni there but what that is doing to Natchez and Adams County.”

Blount said Easterling’s statements were inaccurate but said she could not comment on personnel matters.

“We are beginning the restoration with funding we have now,” Blount said. “We will seek other funding.”

MDAH also issued a written statement in regards to its plans for the Historic Jefferson College site:

“The Mississippi Department of Archives and History will launch several initiatives in the Natchez area later this spring.

“While the restoration work is underway, the department is planning changes in programming, interpretation and hours of operation at Historic Jefferson College. Events such as the Great Big Yam Potatoes Old Time Music Festival and Fiddle Contest on Saturday, May 18, and the Black and Blue Civil War Living History event will continue to be a key part of Historic Jefferson College’s programming schedule.”

Blount said more details about MDAH’s plans for Natchez and Adams County would be released at a later date.