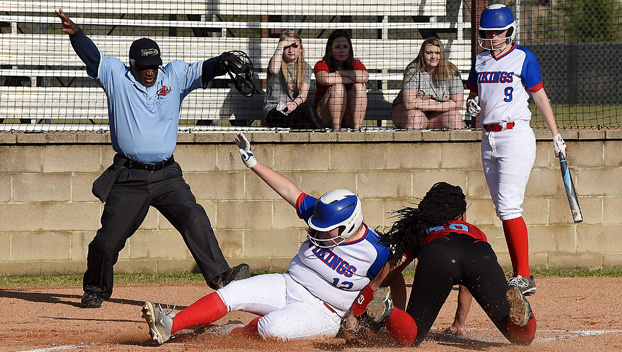 Here is what is left in baseball, softball seasons

By TIM GUERCIO and PATRICK JONES

NATCHEZ — The six local high school baseball teams will be winding down their regular seasons this week, with the majority of them having their sights on the upcoming playoffs.

Cathedral: The Green Wave already knows it will not be in the postseason in MAIS Class AAA, but it does have something to play for – a .500 season. Cathedral (10-11) will travel to Vicksburg to take on Porter’s Chapel Academy on Tuesday, April 16 at 6 p.m.

ACCS: The 7-10 Rebels play at Riverfield Academy in Rayville, Louisiana, on Tuesday, April 16 at 6:30 p.m. The young team, with several eighth-graders and freshmen, will try to finish its season on a positive note.

Natchez High: The Bulldogs (9-4, 6-2) will play at Brookhaven High School in a make-up game in an MHSAA Region 6-5A on Monday at 6 p.m. On Tuesday the Bulldogs will recognize their seniors when they host Jefferson County High School for Senior Night at Chester Willis Field with the varsity game at 7 p.m.

Vidalia: The Vikings, 13-9 overall and 5-3 in LHSAA District 2-2A, have four games remaining in their regular season. And all of them will be against district opponents. They have a three-game series with Beekman Charter School. The series opener will be at Vidalia on Monday at 6 p.m.

Delta Charter: The Storm, record unknown, has two games left in the season. They host Cedar Creek School on Tuesday at 6 p.m. and they play at Cedar Creek in Ruston, Louisiana. on Thursday at 8 p.m. Those are LHSAA District 2-1A games.

Vidalia: The Lady Vikings entered the LHSAA Class 2A Playoffs as a No. 19 seed and lost to No. 14 seed Lakeside High School 4-0 in the bi-district round last Thursday afternoon. Vidalia finished with a record of 14-11.

Delta Charter: Despite having an overall record of 8-15, the Lady Storm earned the No. 5 seed in the LHSAA Class 1A Playoffs and a bye in the bi-district game. They will host No. 12 seed Block High School in a regional round game on Tuesday at 5:30 p.m. Block defeated No. 21 seed White Castle 17-0 in three innings last Thursday afternoon.

Monterey: The 8-11 Lady Wolves, seeded No. 17, will play at No. 1 seed Holden High School in the regional round of the LHSAA Class B Playoffs on Tuesday at 4:30 p.m. Monterey defeated No. 16 seed Lacassine High School 4-2 in the bi-district round last Friday afternoon.

Dunleith under contract for sale to movie producer

NATCHEZ — Dunleith is under contract with a potential buyer and expected to be sold within two months, a bank... read more