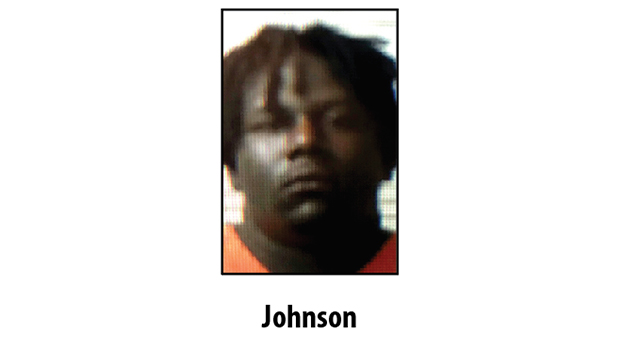 HARRISONBURG, Louisiana — A Natchez man has been indicted for the Dec. 15 murder of a Concordia Parish man who was shot to death while at a nightclub in Jonesville, Louisiana, Catahoula Parish officials said.

Jordan Johnson, 22, of Natchez was indicted Monday by a Catahoula Parish Grand Jury for second-degree murder and felon in possession of a firearm, said Brad Burget, 7th Judicial District Attorney for Catahoula and Concordia parishes.

Johnson’s indictment is for the Dec. 15 shooting death of Da’John L. Mitchell, 23, of Clayton, who died after being shot at approximately 1 a.m. while at the Sugar Shack nightclub in Jonesville, Louisiana.

Burget said at Johnson’s initial hearing on Dec. 18 that Judge Glynn Roberts ordered Johnson to be held without bond on the second-degree murder charge, and he is still being held in the Catahoula Parish Jail in Harrisonburg, Louisiana, where he has been since his Dec. 15 arrest.

At the time of Johnson’s arrest, Adams County Sheriff Travis Patten said, Johnson was on probation with the Mississippi Department of Corrections after having recently been released from prison after he pleaded guilty to three counts of aggravated assault in relation to his part in a 2014 incident.

In the 2014 incident, Johnson and three other teenagers were accused of shooting at three men who had driven through Maryland Heights apartment complex. One victim was struck in the arm by a bullet, another was grazed in the left side of the head and a third victim grazed in the leg.

Court records show Johnson was sentenced in March 2016 for his part in the incident to 10 years in prison with five years suspended and five years post-release supervision on count one; 10 years to run concurrent on count 2; and 10 years with five years formal reporting, meaning he had to report to a parole officer, on count three.

Johnson, Patten said, had only been released from MDOC on probation a short time before the shooting death in Jonesvlle.

NATCHEZ — The Mississippi River has been holding steady at approximately 54 feet since it reached it’s third highest... read more