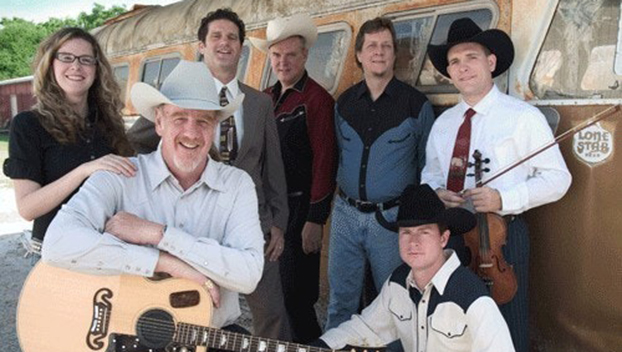 NATCHEZ — The opening day of the Natchez Festival of Music starts Saturday at the Natchez City Auditorium, with western swing group “Asleep at the Wheel.”

The show starts at 7 p.m. Saturday at the Natchez City Auditorium and a cash bar opens at 6 p.m., said festival chairman, Diana Glaze. Tickets are $30 each.

The 9-time Grammy Award-winning group is based out of Austin, Texas, and has been actively performing for more than 40 years, Glaze said.

“I have been very excited about Asleep at the Wheel, because I love the Texas swing and the boogie-woogie type of music,” Glaze said.

The group has changed some over the years but the constant is the lead singer and voice actor, Ray Benson, and his timeless western swing style that makes the listener ready to dance, Glaze said.

“There will be dance space in the auditorium, so you should feel free to wear your comfy western clothes and get ready to dance,” Glaze said.

Glaze said the festival of music has an excellent season ahead but has had a few challenges along the way.

The traditional venue at the former Margaret Martin School’s auditorium had to be given up for plumbing repairs, forcing the festival performers to host rehearsals in one location and build sets in another, Glaze said.

“We have faced a lot of challenges, but people in the community have stepped up to help us out, especially the Natchez Little Theatre,” Glaze said. “They have graciously let us use their building for rehearsals while we’re out of Margaret Martin. That was huge for us. … We have a wonderful season planned, and every year we get more and more acts that I think are enjoyable for everyone.”

Coming up later this season, Glaze said many are anticipating the 50th anniversary of Woodstock, featuring Mississippi guitarist Vasti Jackson.

“A lot of people remember the Woodstock age, and we’re encouraging Woodstock dress. So put on your best tie-dye, bellbottoms, put flowers in your hair and come on. … I hope that Natchez gets on board with us as we try every year to bring more and more good quality music to this city.”

Tickets to Saturday’s show may be purchased at the door or online at bontempstix.com/events/asleep-at-the-wheel.