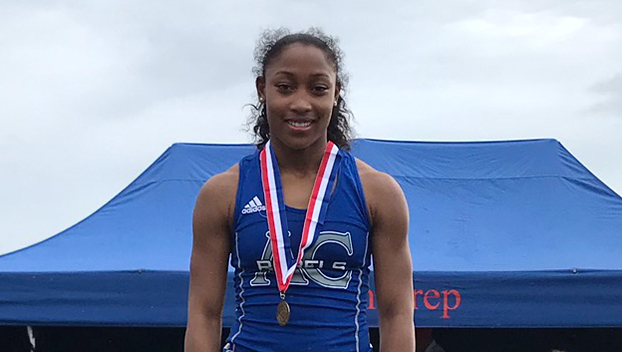 Both of those times are records for all classifications of MAIS, not just class AAA, officials said.

Gaines wasn’t finished, later in the day she won her third state title in the 400-meter dash with a time of 57.38 seconds.

“Diandrenique set a goal for herself back in July to win the 100-meter and 200-meter dashes in the state championship,” Freeman said. “She trained harder than anyone that I have ever witnessed.”

In other competition for ACCS, The relay team of Jacorian Sewell, Kemari Clark, Johan Thompson and Jakarius Caston won the 4×100 meter, and placed third in the 4×200 meter.