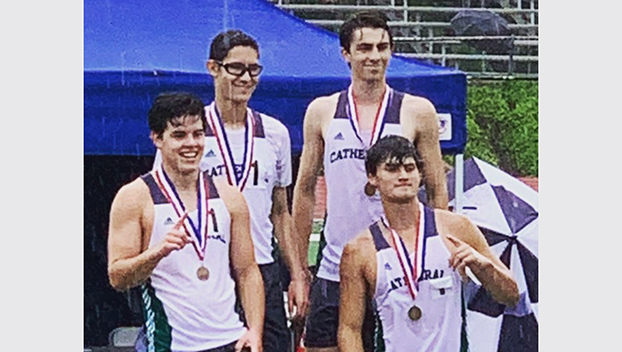 “I was so excited for them,” said Tommy Smith, Cathedral track coach. “I told them they will cherish that record for the rest of their lives.”

Other Green Wave track athletes who placed well are Skates who took third place in the individual 800 meters with a time of 2 minutes 3 seconds and Miller at 2 minutes 9 seconds.

Allie Feltus took second place in the discus throw, and Daly hit the board taking sixth place in the 3200 meter run.

Horses to watch at The Derby

Saturday will be the 145th running of the Kentucky Derby. The fastest two minutes in sports will go at 5:50... read more