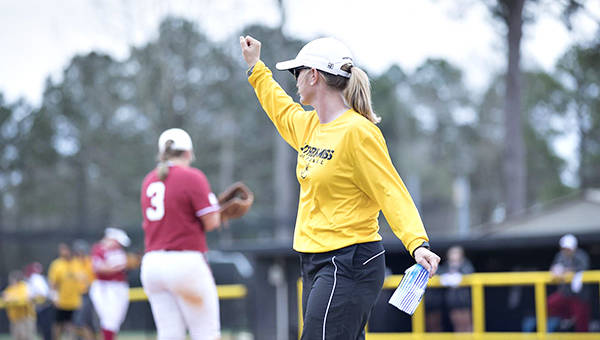 That squad, as well as the 2019 one, matched the most wins (30) since 2004, and this year’s team put together an 11-game winning streak, the longest since 2000. The Golden Eagles finished 30-22 this season and lost to UTSA in the first round of the C-USA Tournament.

Southern Miss squad also had four players on the All-Conference USA team. Abby Trahan was the league’s Pitcher of the Year.

In a statement, Hogue said she was stepping down to be able to spend more time with her family. She and her husband Eric have two children.

Hogue has spent her entire coaching career in the Hattiesburg area, first at Petal High School and then at William Carey University before coming to Southern Miss in 2015.

“Though I love being a Golden Eagle, I hope you’ll understand that for this season of life it is best for me to step away from coaching at the Division I level and pursue an option that allows me to be more present with my family,” Hogue said in her statement. “Southern Miss is a great place. I’m forever grateful to be a Golden Eagle.”