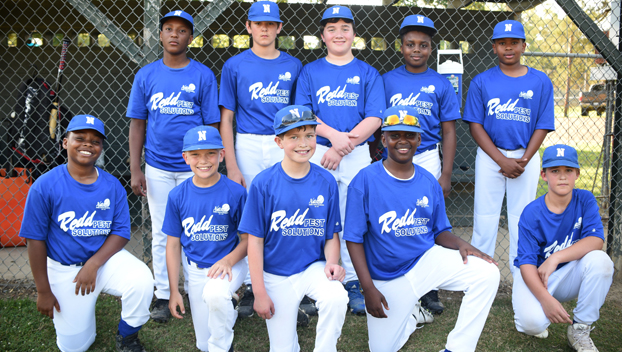 Two of the top players on Redd Pest this year would be Mason Bouldin 11 years old and T.J. Williams 12 years old.

“Mason batted around .575 this year. I thought he was going to get a hit every time up to the plate, he likes the high ones,” Smith said.

Pitching is always important to a ball club, and Redd Pest had T. J. Williams on the mound as often as they could.

“T.J. throws harder than anybody in the league in my opinion, he rarely gave up a hit,” Smith said. “We all had a lot of fun and I really enjoyed the season.”

By TIM GUERCIO THE NATCHEZ DEMOCRAT NATCHEZ — Chase Kaiser left Natchez on May 23 headed for Athens, Georgia, and... read more