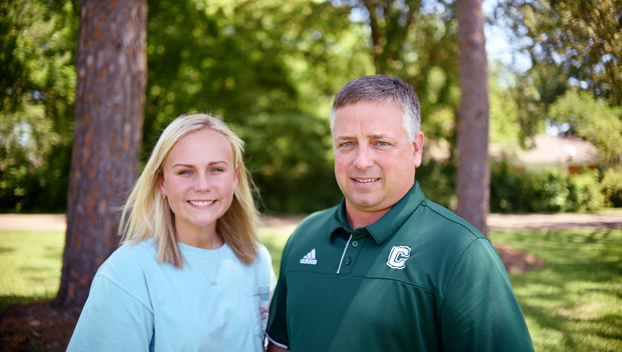 All Metro Honors: Softball player and coach of the year

NATCHEZ — The Natchez Democrat All-Metro softball player of the year is Sara Cockerham of the Vidalia Lady Vikings. The coach of the year is Craig Beesley of the Cathedral Lady Green Wave.

Cockerham, a graduating senior, was the Lady Vikings No.1 go-to pitcher this season, starting nearly every game and ending the season with a record of 13 wins and eight losses.

While at work on the mound Cockerham recorded 93 strikeouts on the year.

All of these stats got her to the top in the metro area.

“When I heard the news that I was chosen I felt honored, I’m glad people were watching and noticed,” Cockerham said.

When Cockerham was not pitching, she was still in the game, on the infield.

“When I didn’t pitch or didn’t complete a game I played shortstop,” Cockerham said. “Our third baseman Tionna Ellis always kept me in a good mood, that helped me a lot this year.”

The Natchez Democrat All-Metro softball coach of the year is Cathedral Lady Green Wave coach Craig Beesley, who has double duty as he also coaches the baseball team, but it was the softball team that helped earn him the honor.

“To be coach of the year you have to have good players, and this year we had some,” Beesley said.

The Lady Green Wave stumbled as they started their season. After six games they had only one win. As the season went on, they picked up the pace by going 17-7-1 after the bad start. They ended the season at 18-12-1.

Players who made the Natchez Democrat’s 2018-2019 All-Metro Softball First Team are: