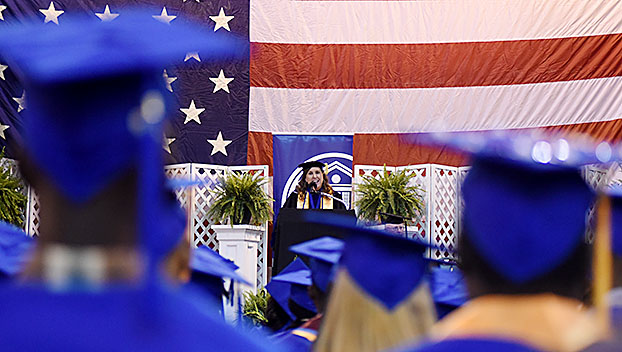 From the Daily Leader

WESSON —  Copiah-Lincoln Community College expects to hire a vice president for its Natchez campus by the middle of July.

An update on the search to replace Teresa Busby, who stepped down after 12 years of leading the campus was presented to the Co-Lin Board of Trustees Thursday.

The board met Thursday at the Thames Center on the Wesson campus to wrap up the 2018-2019 school year.

According to Dwayne Middleton, vice president of the Simpson County Center 40 applications have already been received by the community college.

“This is a very important position for the college and the Natchez community,” Middleton said. “We should have someone by July 15.”

The search was one of many topics discussed Thursday.

Community College president Jane Hulon said the school is making strides in budgeting and renovations after her first year as president.

“We’ve had a busy month in the life of the college,” Hulon said.

Other topics discussed at the board meeting included the progress on projects such as renovations for the football field and scoreboard at Stone Stadium.

So far, $400,000 has been spent on the renovations for the football field. At the April meeting, the lowest and best bid for the scoreboard was approved by the board of trustees.

”We consistently look for ways to make Co-Lin more attractive to student-athletes, coaches and fans so we can achieve competitive excellence. The upgrades to Stone Stadium will do just that.”

As the year comes to a close, the budget was reviewed. The findings were positive.

Money fluctuated throughout the school year, but the college still has a portion of its budget left over.

“We still have 16 percent of the budget. It’s a number we should be proud of,” Baker said.

According to Baker, 11 percent of the budget is left for all three campuses, with Wesson retaining 16 percent of its overall budget.

Continuing with the positive remarks on the budget, Brent Ballard of Fortenberry and Ballard of Brandon presented its audit of the college.

Ballard said it a good audit, and that nothing questionable had been found.

According to Dwayne Middleton, vice president of the Simpson County Center 40 applications have already been received.

“This is a very important position for the college and the Natchez community,” Middleton said. “We should have someone by July 15.”