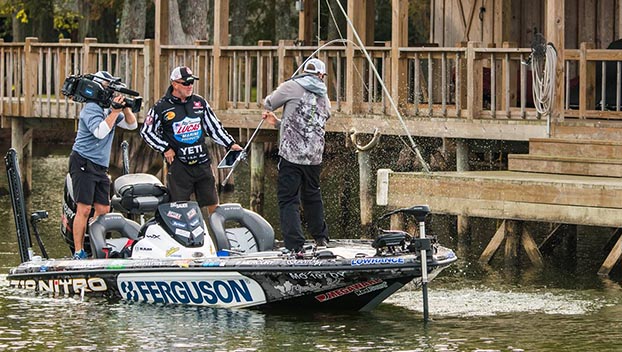 World championship fishing tournament on Lake St. John to be on national television

NATCHEZ — Virtually everyone in the Miss-Lou knows that Concordia Parish has great fishing, and a much broader audience is about to find out.

Beginning at noon June 22, CBS Sports Network will televise the first of six installments of the Major League Fishing Tour, a professional fishing tour that competed in the lakes of Concordia Parish.

The first five competitions took the leading fishermen in overall weight caught and brought them to Concordia Parish to fish for The Major League Fishing World Championship, Craft said.

The six, hour-long competitions were filmed on Lake St. John, Lake Bruin and Black River Lake, Craft said, and will air at noon on subsequent Saturdays on The CBS Sports Network.

Craft and Murray credited Steven Mitchell of Jena for getting the ball rolling on bringing the tournament to Concordia Parish.

Mitchell, Craft said, knows retired pro fisherman Marty Stone and sent him an invitation to meet with Craft and talk about the possibility of bringing the tournament to Concordia Parish.

The pitch was successful and Stone will serve as the water analyst and host of each episode, Craft said.

NATCHEZ — City of Natchez officials agreed to finance more than $1.5 million worth of LED upgrades to the... read more