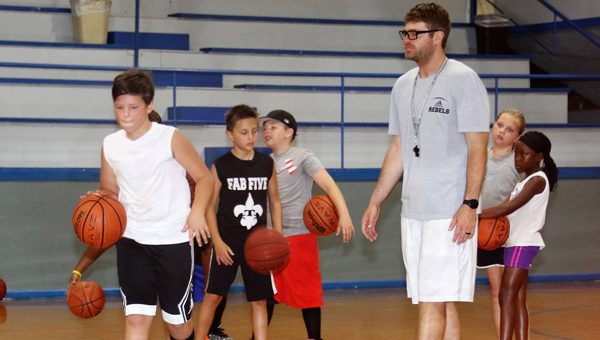 Freeman has been at ACCS since December 2012 and continues to add to his list of responsibilities as he officially took the job on June 10.

Freeman, 29, attended to Co-Lin and played baseball. He completed his education at Ole Miss with a degree in Criminal Justice with a minor in Psychology.

In addition Freeman will also coach the boys junior varsity basketball team, to go along with his other numerous coaching assignments.

“Coaching and mentoring children along with developing athletes to be the best they can be is my passion,” Freeman said. “If you love what you do you will never have to work a day in your life.”

Along with all of his coaching duties Freeman now will add once again to his job description, as he also will teach elementary physical education.

“This is the job I was hoping for,” Freeman said. “That’s what makes going to work fun for me, being able to teach younger kids.”

On June 21, he hosted a group of grades three through seven boys and girls at a one-day basketball camp in the ACCS gymnasium.

By TIM GUERCIO The Natchez Democrat NATCHEZ — Lance Gaude Jr. has been chosen to the National Football Foundation &... read more