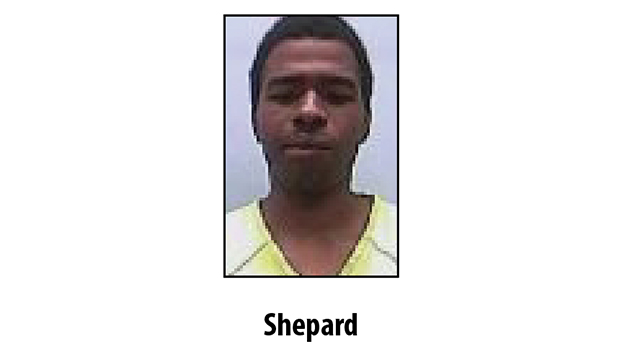 One charged in Friday burglary

NATCHEZ — Natchez police have charged one suspect in a Friday burglary on Westwood Road while a female suspect is still at large.

Police responded to a call at approximately 11 a.m. Friday on Westwood Road about a burglary in progress and arrested Jeremy Shepherd, 27, who witnesses said they saw fleeing on foot toward Maplewood Lane, Natchez Police Chief Walter Armstrong said.

A female suspect was also seen fleeing the residence on Westwood Road, Armstrong said, but she had not been captured as of Monday.

Officers surrounded the house on Maplewood before entering and apprehended Shepherd in one of the rooms of the house.

Shepherd was later charged with one count of burglary, Armstrong said.

“We are still looking for an accomplice that was with him — the female at the other house,” Armstrong said.

“What really caused the turn of events,” Armstrong said, “was the community got involved. They gave us a good clothing description, pointed the direction he went in and we were able to go there and sure enough, he was still there.

“I want to commend the community for having a watchful eye on illegal activity and calling 911. Timing is important and descriptions are also important. They did everything right in order to have a safe community and a safe outcome.”

NATCHEZ — Natchez emergency responders combed the Mississippi River from 1 to 10 a.m. Sunday in search of a Bossier... read more