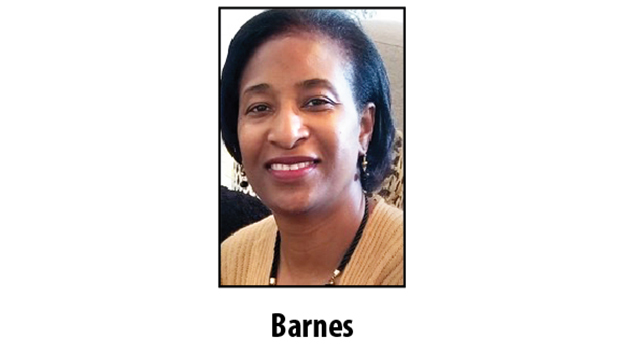 NATCHEZ — The Copiah-Lincoln Community College Board of Trustees approved the hiring of Sandra Barnes, Ph.D., of Natchez as the new Vice President of the Natchez Campus during a recent special meeting, school officials said.

Barnes will begin her new role as vice president at Co-Lin, Natchez on July 15.

“We are so excited to have Dr. Barnes lead our Natchez Campus,” said Co-Lin President Jane Hulon, Ph.D., “Dr. Barnes has an extensive background in higher education. Her expertise in academics, leadership, grant writing and with the Southern Association for Colleges and Schools Commission on Colleges will greatly benefit Co-Lin.”

In the past 18 years she has spent in the Natchez Community, Barnes gained teaching and research experience in higher education and six years of leadership experience.

“I am humbled and honored to serve Natchez and the surrounding communities as vice president of Co-Lin’s Natchez Campus,” Barnes said. “Every interaction I have had with college personnel has been very positive, and I feel at home already. I am excited to work alongside Dr. Hulon, Co-Lin administration, faculty, staff and students to carry out the visionary goals set for the Natchez Campus.”

Barnes received her bachelor’s degree in chemistry from Alcorn and her doctoral degree in bioanalytical chemistry at the University of Kansas.

She was also a post-doctoral researcher for Pharmaceutical Chemistry at the University of Kansas and earned a certification from the Chicago School of Professional Psychology Post Graduate in Academic Leadership.

Barnes has been recognized in the classroom by receiving the Higher Education Appreciation Day Working for Academic Excellence award and continues to provide leadership for the development of quality online courses in environmental chemistry and general sciences for elementary teachers.

As chairperson of the Chemistry and Physics Department, Barnes hired

Under her leadership, the chemistry program experienced growth from an average of 40 majors to approximately 80 majors over the past few years.

During this time, the department initiated a mentoring program, a tutoring center and a resource center for student academic support.

Barnes has served on Alcorn’s Southern Association for Colleges and Schools Commission on Colleges committee and has been actively engaged in the reaffirmation process.

In addition, her research has been published and her projects funded by numerous groups, including the U.S. Department of Agriculture.

Barnes also served as a workshop facilitator at Indiana University and Spelman College and has been honored as a woman of character, wisdom, values and persistence by The LINKS Incorporated in Natchez.