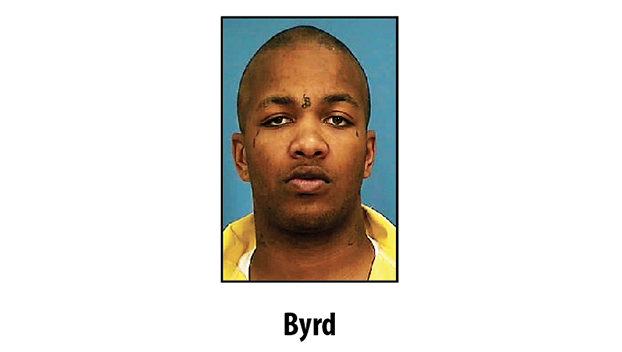 Why was suspect in Baton Rouge shooting, Woodville incident released early from prison?

Gerry Byrd, a Mississippi ex-con who is the suspect in a Tuesday morning carjacking and shooting along a stretch of Interstate in Baton Rouge, Louisiana, was sentenced to 25 years in state prison in 2013 for burglary. So why was he out of prison after just six years later?

Simple – by state law, Byrd had served enough prison time to be eligible for parole and the Mississippi Parole Board is mandated to release people as soon as they are eligible unless there’s a good reason not to do so.

In Byrd’s case, no one objected to his release, Parole Board Chairman Steven Pickett said Tuesday afternoon after Byrd was shot multiple times by a police office at a Woodville, Mississippi, gas station where he reported brandished two weapons. Just an hour or so earlier, he’s accused of shooting a woman in Baton Rouge and stealing her car.

“He was eligible for parole after serving 25-percent of his sentence,” Pickett said, explaining that House Bill 585 mandates presumptive parole. “Everyone is presumed parole eligible unless there is a cause to do so … Unless there is community opposition, which there was no registered victim in this case, no rules violations or court-ordered mandates related to his sentencing.

“In this instance, the judge, the DA, the sheriff, the victim, no one objected. We had no victims (officially registered), we had no objections.”

Court records show he was convicted of simple robbery in May 2009, after he pleaded guilty to avoid his initial charge of armed robbery. Byrd and another were accused of robbing a man at gunpoint in Adams County in October 2008. They took $200 in cash from the man. Byrd would have been only 17 years old at the time of that crime.

Sixth District Circuit Court Judge Lillie Blackmon Sanders sentenced Byrd in May 2009, to five years in prison for the simple robbery charge, but suspended the prison time in place of two years probation.

Approximately seven months later his probation officer Roy Woods petitioned the court to terminate Byrd’s probation because he had “conducted himself in a law abiding manner.”

He was arrested again in 2012 and charged with burglary of an unoccupied dwelling. Effectively, court documents show he and an accomplice stole a TV, jewelry and medication from an Adams County residence.

He was arrested and eventually sentenced to 25 years in prison for the crime, also by Judge Sanders.

Per state rules, Byrd was eligible after service five years, which likely would have included time served prior to being sentenced, Pickett said.

Pickett received an addition year in prison after he was found to be in possession of a cell phone in 2014 while in prison.

He applied for parole in December 2018, but it was denied because he hadn’t served enough time yet, Pickett said.

When he reapplied the board had no choice and granted his release on March 20, 2019, Pickett said, referencing the presumptive parole law.

“It puts us in an unenviable position of having to grant it,” Pickett said. “Unfortunately, when you look at his history, it was pretty obvious that the chances of his success were slim.”

NATCHEZ — WLBT TV of Jackson reported Tuesday night that a 3-year-old Natchez girl who was hospitalized after being abused... read more