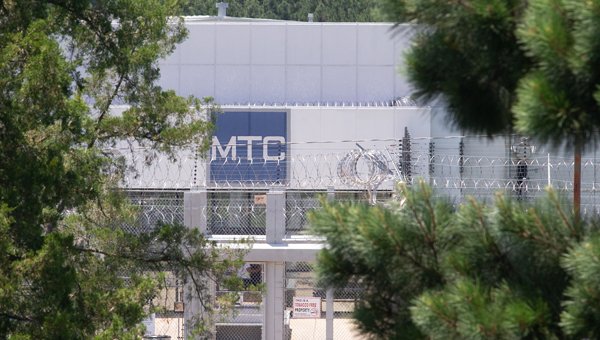 At least four prisoners have been killed in gang-related incidents at the Wilkinson County Correctional Facility in Woodville, since February 2017, records show. (BILL BARKSDALE for the Clarion Ledger)

WOODVILLE — A November audit that concluded officials at the Wilkinson County Correctional Facility had ceded control to gang leaders mirrors litigation against another privately run Mississippi prison where gangs allegedly were controlling the prison’s housing units and inmates were doing their own cell counts.

Despite the similarities, officials at Management & Training Corp., which operates the Wilkinson prison in Woodville and the East Mississippi Correctional Facility in Meridian — the subject of a federal lawsuit — dispute claims about gangs running their prisons, even though they stem from official reports.

“At no point have we ever conceded control of the (Wilkinson) facility to gang leaders,” said Issa Arnita, director of corporate communications for MTC. “That in no way is the reality at the prison.” Allegations about gangs running East Mississippi are also “not true,” he said.

The results of the MTC-initiated internal audit of Wilkinson were unveiled in a June 26 article by The Marshall Project, a nonprofit news organization. The Mississippi Center for Investigative Reporting also obtained a copy of the audit, which, like the litigation against EMCF, raises concerns about severe understaffing, poorly trained staff and inadequate counting of inmates, which affects the safety and security of staff and prisoners.

The auditor’s assessment of the Wilkinson prison has bolstered concerns about the use of privately run prisons.

The ACLU, the Southern Poverty Law Center, the Law Offices of Elizabeth Alexander and Covington & Burling LLP sued the Mississippi Department of Corrections in May 2013 on behalf of inmates at EMCF alleging “grave abuses and inhumane conditions.”

The trial ended in April 2018, but the case is still pending.

EMCF, a 1,500-bed prison that houses most of the state’s seriously mentally ill inmates, “has remained in a permanent crisis state for the past several years, one where gangs have control over the housing units to the point where they decided where prisoners would be housed and which cells they would occupy,” said Eric Balaban, senior staff counsel with the ACLU National Prison Project.

Court records show that MTC has made improvements, including increasing its staff and cell searches and reducing assaults. Eldon Vail, the plaintiff’s expert witness who evaluated the facility in 2014, 2016 and 2018, acknowledged the improvements in his latest report but said that they are not sufficient.

“In 2018, due to the lack of adequate security staffing throughout the prison, EMCF remains an extraordinarily dangerous prison, and continues to place all prisoners at substantial risk of harm,” Vail said in his expert report, which was ordered by the court to determine whether prison conditions had improved.

Vail’s evaluation was based on interviews with inmates, his personal observation and records from the state’s prison monitor who repeatedly documented her concern over gang control and poor prison conditions.

In a post-trial brief, filed in May, the plaintiffs maintain that MTC officials  “depend on the gangs to run the facility. The risk of harm created by gang and prisoner control over EMCF has manifested many times in assaults and extortion. One prisoner was tied up and sodomized for four hours by gang members who thought he stole their drugs while officers did not intervene; later he was extorted by gang members and had to be moved to segregation.”

At Wilkinson, the audit report noted that, “the prevalence of not only STG activity, but staff’s tolerance of it, cannot be understated.” Jody Bradley, the prison’s former warden, allegedly told gang leaders to “control their men” and if they failed to do so, he would place the entire unit on lockdown, confining all the inmates in the unit to their cells.

Such a strategy empowers inmates to misbehave, leading to possible “staff compromise, corruption, and inappropriate relations between staff and inmates,” the auditor said.

MTC’s Arnita said the audit wasn’t “meant for public consumption” and that The Marshall Project took Bradley’s statement out of context. Bradley did not respond to requests for comment.

“With a correctional facility, such as the Wilkinson facility, where you have approximately over 80 percent of all the inmates affiliated with a gang, in order to manage that challenging population, there are various strategies used, including having open dialogue with gang leaders or what we call STG leaders, security threat groups leaders,” Arnita said.

In a statement, the Corrections Department said it does not condone the use of gangs to manage inmates and is still awaiting an official copy of the audit.

Each day, prison officials share information with the Corrections Department’s contract monitor, “who is aware of the challenges and the corrective actions we’ve put in place to address any issues,” Arnita said.

Gov. Phil Bryant “trusts MDOC to properly handle and navigate operational challenges,” said his spokesman, Bobby Morgan. “The governor has no tolerance for illegal activity in our prisons. The Mississippi Department of Corrections works tirelessly with its vendors to provide a secure atmosphere for its prisoners.”

MTC operates 21 correctional facilities nationwide. MDOC hired the company to manage Wilkinson in 2013 and the EMCF and Marshall County Correctional Facility in Holly Springs in 2012.

When the state lawmakers return next year, it needs to look into the reported allegations at the Wilkinson prison, said Sampson Jackson II, chairman of the Mississippi Senate Corrections Committee. “If they are true, we will address them.”

In January, MTC paid about $5.2 million to settle a civil lawsuit filed by Attorney General Jim Hood accusing the company of using “consultants” to influence former Corrections Commissioner Chris Epps, through bribes and kickbacks, to award and retain MDOC contracts. It was one of 11 civil lawsuit settlements against multiple contractors doing business with MDOC that netted $26.6 million.

Hood, who is running as a Democrat for governor, said the audit comes as no surprise when politicians receive campaign contributions from these companies “and then hand out contracts to poorly run the state’s correctional facilities.”

He wouldn’t comment on the EMCF lawsuit, which his office is defending.

Lt. Gov. Tate Reeves, who is running for the GOP gubernatorial nomination, did not respond to requests for comment.

“Our hallmark is rehabilitation,” Arnita said. To that end, he said, MTC provides a wide range of educational, vocational, substance abuse and cognitive behavioral programs.

In response to The Marshall Project’s story, MTC produced a five-minute video showing a clean, orderly facility with prisoners dressed in proper attire and some attending classes and doing chores.

The video stands in contrast to The Marshall Project’s security-camera footage, which showed the fatal stabbing of Brad Fitch, six hours after he arrived at the Wilkinson facility in 2018.  Arnita would not comment on that incident.

Joshua Tom, legal director of the ACLU in Mississippi, said he is shocked by reports that the former warden worked with gangs to help run the Wilkinson prison, but not by the facility’s poor conditions.

“It’s not surprising at any prison in Mississippi,” he said, “because the state of the prisons in Mississippi overall are quite poor.”

Sara Revell, regional vice president for MTC, said the company, under the leadership of its new warden, has “corrected many of the deficiencies that were cited in the (Wilkinson) audit.”

Since November, MTC says it has cut staff vacancies in half, and it is working with MDOC to increase correctional officers pay. Their annual pay was increased from $21,840 to $23,400. The starting salary for correctional officers in the state-run prisons is $24,900 and, if they get the 3-percent raise lawmakers approved during the last legislative session, they would receive $25,647.

Ronnie Fisher, president of the Wilkinson County Industrial Development Authority, a liaison between MTC and the Corrections Department, said he recently made a surprise visit to the Wilkinson prison. He emerged impressed with the staff, finding the facility “clean and orderly.”

Still, despite Arnita’s assertion that MTC wants “to operate in the spirit of transparency,” he would not grant MCIR’s request to interview the new warden or provide data related to its contract with the state or serious injuries or deaths at the prison.

So, while MTC is working to fix the prison’s leaking roof and harden cells, the lack of legislative oversight and transparency makes it difficult to determine whether improvements at the prison are adequate to maintain the health, safety and security of the staff and inmates.

Shirley L. Smith is an investigative reporter for the Mississippi Center for Investigative Reporting, a nonprofit news organization that seeks to hold public officials accountable and empower citizens in their communities. Email her at Shirley.Smith.MCIR@gmail.com.

Special to the Democrat On Thursday, July 18, at 6 p.m. at the Grand Village of the Natchez Indians, Tony... read more