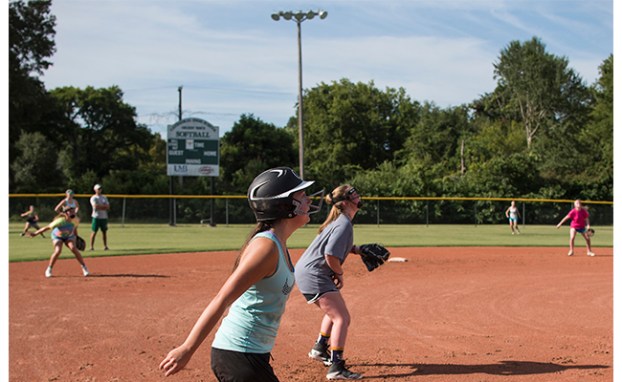 NATCHEZ — The Cathedral High School Lady Green Wave’s 2019 fast-pitch softball season starts Friday when it hits the road to take on the Centreville Academy Lady Tigers with the varsity game at 6:30 p.m.

Cathedral will also be looking to avoid the rough start to the season it had last year when the Lady Green Wave won just one of its first six games. The only win during that stretch was an 11-0 triumph over Centreville in the season-opener for both teams — just like it is this year.

And the Lady Green Wave have several standout players returning from the 2018 team that won 17 of its last 25 games — there was also one tie — to finish 18-12-1 overall and advanced to the MAIS Class AAA State Tournament.

“We have sophomore Lauren Dunbar at catcher. Junior Allie Feltus, we’ll play her somewhere in the infield — third base and shortstop. We have several seniors that have shown good leadership — Fisher Iseminger at first base, Madeline Smith at pitcher, and Hailey Ellis in centerfield,” Beesley said.

As for what his prospects going up against Centreville and its new head coach in Billy Jones, Beesley said, “It’s always our first game of the year. We’re still trying to fill out some positions. Hopefully our pitcher will throw a lot of strikes. It’ll be a good game.”

What has affected Cathedral during the summer is the amount of time is has spent practicing on the field because of all the rain that the area has had to deal with.

“We’ve had to go inside some. We haven’t had to get out on the field as much as we would like,” Beesley said. We have three games next week (all home games against Wilkinson County Christian Academy [Monday, July 29], Franklin Academy [Tuesday, July 30], and Porter’s Chapel Academy [Thursday, Aug. 1], so we’ll be able to fill out some of those questions before we get to district play.”

The two teams will kick things off with a junior varsity game starting at 5 p.m.

After being in Class AAA in recent years, Cathedral will be in MAIS District 4-4A with familiar opponents in Adams County Christian School and Silliman Institute and newcomers Brookhaven Academy and Oak Forest Academy.

Centreville Academy’s fast-pitch softball team will be in MAIS District 3-2A and its only district opponent will be Sylva-Bay Academy out of Bay Springs.