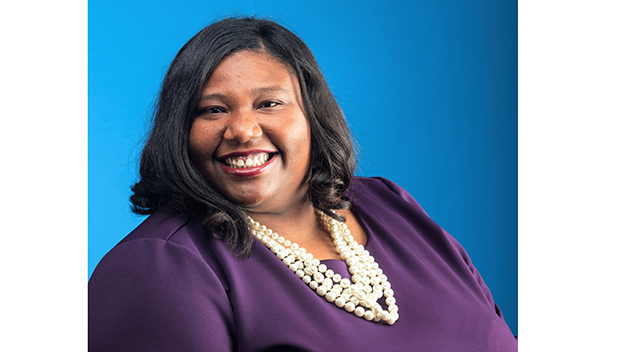 Attorney Aisha Sanders announces her candidacy for the Mississippi State House of Representatives, District 96 in the November 2019 General Election. She is the Democratic nominee for the position.

Aisha Sanders is a native of Natchez.  She received a degree in civil engineering from the University of Kentucky.  Aisha graduated from the Southern University Law Center in Baton Rouge with a Juris Doctorate degree. She is a member of the Mississippi, Louisiana and Magnolia Bar Associations. Aisha practices law at the Sanders Law Firm PLLC, where she serves as the managing partner.

Aisha became the youngest, first female and first African-American to serve as Adams County Prosecutor. She currently serves as a public defender with Adams County, the city prosecutor for the Town of Woodville and an Adjunct Instructor at Alcorn State University. She is, also, a tutor at the D&J Youth Group in Natchez. Aisha is the founder and president of the Dunbar-Green Foundation, which annually gives away school supplies, and provides the students with a fun day prior to the beginning of school.

It is her desire to serve the citizens of Southwest Mississippi that prompted her to run for State Representative from District 96 which includes all of Wilkinson county and parts of Adams, Amite and Pike counties.

As a candidate for the state legislature, Aisha has made funding for public education, raises for teachers and state employees, job security for public employees and affordable healthcare for all, the cornerstones of her campaign.

“I consider myself to be a part of a new generation of leaders” Sanders said. “Leaders who are more interested in serving their constituents than promoting themselves,” Sanders continued.

“We are excited about our campaign”, she further stated.” We are looking forward to meeting with the residents of District 96 and inviting them to join our campaign for change,” Sanders concluded.