Detainees from Mississippi ICE raids being housed in local prison 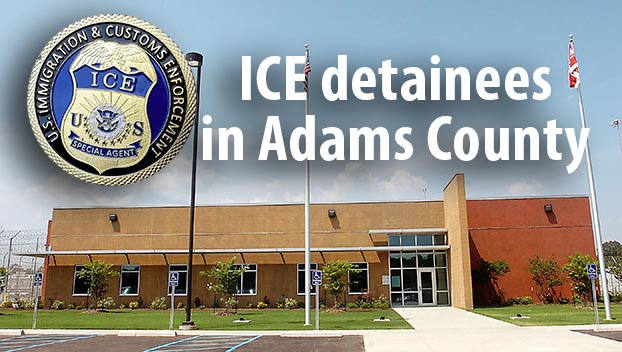 ICE Southern Region Communications Director Bryan Cox said some of the people arrested last week who allegedly entered the United States illegally were being held at the Adams County Correctional Facility as well as the LaSalle ICE Processing Center and the South Louisiana ICE Processing Center.

Cox said he could not immediately provide the exact number of detainees at each facility who were among the 680 migrant arrests at seven poultry plants in Mississippi last Wednesday.

Cox told the Associated Press more than 300 of those arrested had been released by Thursday morning with notices to appear before immigration judges.

Cox said ICE began utilizing the Natchez facility, which is owned by CoreCivic, in late June as CoreCivic was nearing the end of its contract with the Federal Bureau of Prisons.

“Working together with its federal partner and CoreCivic,” Gilchrist said, “BOP has allowed the use of its available space at the Adams County Correctional Center as a flexible solution to help meet ICE’s needs.”

Gilchrist said the BOP has extended its contract with the Adams County Correctional facility.

“The Bureau of Prisons contract has been extended until the end of the month (August 31),” Gilchrist said Monday. “(CoreCivic) does not have an announcement regarding a new contract with (ICE).”