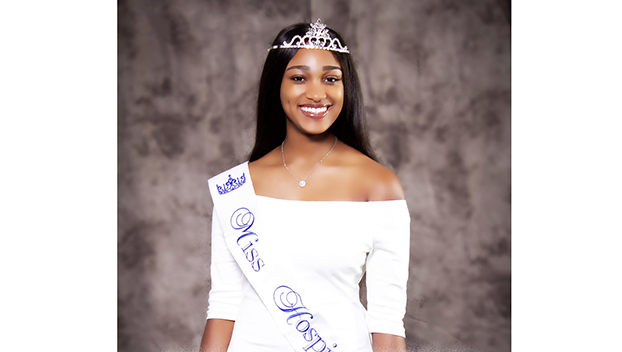 NATCHEZ — Kaitlyn Green, a 2019 graduate of Natchez High School, said she has had one of her busiest summers yet as the 2019 Miss Natchez Hospitality.

Green, the daughter of Seleth and Tonika Green, said she spent July 21 through 27 at the University of Southern Mississippi with more than 40 other young women from across the state — waking up as early as 6 a.m. each day to make herself pageant-ready.

“I stayed a week at USM and toured Hattiesburg,” Green said. “We did something different every day. We would head out to see different Hattiesburg sights or eat at a new restaurant each day, and we also did a lot of community service activities and made pots for people in need.”

Green said the Miss Hospitality pageant was a first for her.

“It’s nothing like a beauty pageant,” Green said. “Unlike other pageants that focus on beauty, this one was focused on greeting and getting to know other people. For that reason, I enjoyed it.”

She spent most of the day practicing dance routines, speeches and interviews.

“It was fun but tiring, and we practiced most of the day,” Green said.

Green said she also enjoys traveling with her family.

Green said she is majoring in medical biology at the University of Southern Mississippi with a concentration in anesthesiology in hopes of working in medicine.