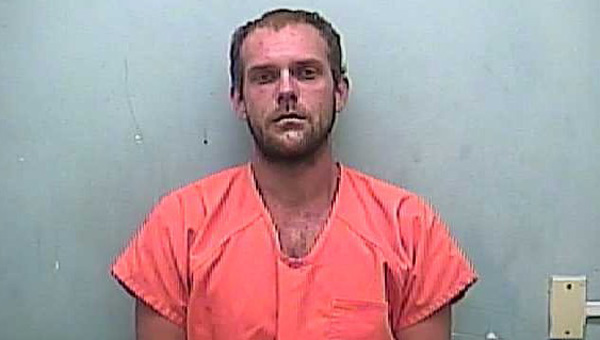 NATCHEZ — Adams County Sheriff’s Office deputies have charged a man with burglary of a church after they said he admitted to breaking into a church on Cranfield Road on Tuesday.

Clinton Kyle Blackwell, 27, was being held in the Adams County Jail on Friday without bond, pending arraignment.

Deputies were called to the church Tuesday on a reported burglary in progress, an Adams County Sheriff’s Office press release states.

“When deputies arrived, they were told that the suspect was still inside the church,” the press release states. “As deputies prepared to enter the church, the suspect fled from the rear of the church and ran into the woods.”

When clearing the church, deputies found a gray and white pit bull believed to belong to the suspect. An inventory of the church determined that there was damage to the door of the church safe, desk drawers were opened and rifled through, and a small amount of cash was missing, according to the press release.

“Several items were recovered from the surrounding area which are believed to belong to the suspect,” the press release states. “Further investigation led to the suspect being identified as 27 year old Clinton Kyle Blackwell. Blackwell was brought in for questioning and admitted that he did break into the church.”