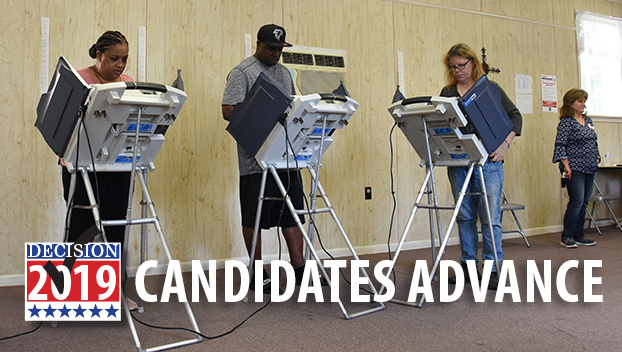 By SCOTT HAWKINS and SABRINA ROBERTSON

According to unofficial returns, both Drake and Minor won their seats outright in Tuesday’s Democratic Party Primary runoffs since no independent or Republican candidates sought those offices.

Final results will be tallied once absentee ballots are counted and official results certified by the state election board.

Drake won against her opponent Lisa Chandler with 3,605 to 1,875 votes while Minor won by a landslide over her opponent Eddie Jones with 2,296 to 602 votes.

With approximately 470 absentee ballots in Adams County unaccounted for, incumbent Constable for the Northern District Willie B. Jones is in the lead for his position in a close race against challenger Deselle “Mody” Davis with 1,539 to 1,525 votes.

No independents or Republicans ran for the Northern District Constable’s position.

In statewide and district races, Adams County voters appeared to vote inline with the rest of the state.

Below are the Adams County results in those state and district races:

State Senate District 37: Morgan Halford Poore got 303 votes to Melanie Sojourner’s 675 votes in Adams County. The Associated Press declared Sojourner the winner but did not provide a total vote count for the district. Sojourner will face Democratic nominee William Godfrey in the Nov. 5 general election.