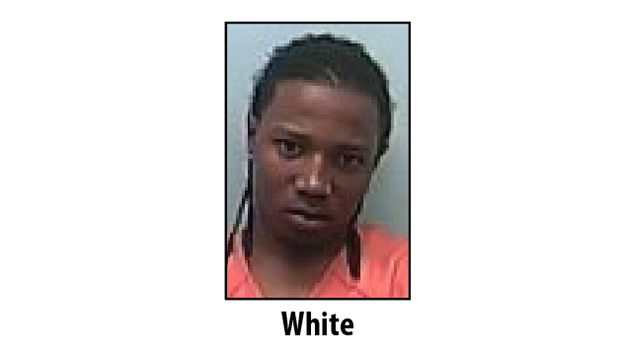 NATCHEZ — After combining efforts and sharing information, Adams County Sheriff’s deputies and Natchez Police officers are asking for the public’s help in locating a Natchez man they said could be a link to recent shootings.

Adams County Sheriff Travis Patten said he does not want people to believe the suspect is behind the shootings, but rather the officers and deputies are hearing rumors related to the suspect.

“We know a lot of these shootings are associated to rumors, and things he’s doing,” Patten said. “We need to arrest him because of warrants we have on him.”

Patten said Tyrell White, 23, of Natchez has warrants for his arrest after he failed to show up for Circuit Court on charges of three counts of assaulting police officers.

The assault charges stem from an August 2018 incident in which three narcotics officers were having a meal at Shoney’s in Natchez and said they witnessed what they believed to be a drug transaction in the parking lot.

“They got him in to custody and arrested him and then he never came back to trial,” Patten said. “He skipped out on Circuit Court on this, so we actually have judge-signed warrants dated 23 Aug. 2018 for him for contempt of court.”

Patten said law enforcement officers believe White could not remain free on those warrants for a year without assistance of people in the community.

“We know you can’t be on the run that long without help from somebody,” Patten said. “When we find him, we will arrest him and anyone who has been aiding him.”

Patten said the nature of the rumors is between two rival families.

“One family feels like he is responsible for the death of a loved one,” Patten said. “One side is alleged to come and shoot at the other. They are not targeting innocent bystanders.”

Adams County Sheriff’s deputies and Natchez Police officers said they are increasing manpower and patrols in Natchez for the holiday weekend after the recent shootings, including an Aug. 23 shooting in which the driver of a vehicle was shot in the leg after someone fired at his passing vehicle on Inez Street and a Tuesday night shooting at a house in the 500 block of West Stiers Lane.

Patten said Natchez Police Chief Walter Armstrong reached out to him for a meeting earlier this week and the joint meeting identified a common link in the shootings as rumors associated with White.

Armstrong said he wants to quell any such retaliatory crimes, especially after 2018 in which Natchez had some 14 murders, many of them believed to be retaliatory in nature.

“We have managed to calm this thing down for the last eight or nine months,” Armstrong said. “If we’re not careful, it will all start over again.”

Patten said the Sheriff’s Office is happy to help.

“We have always offered assistance to the city,” Patten said. “After these shooting, we were happy to help.”

Patten and Armstrong said Natchez Police and Adams County Sheriff’s Office personnel are increasing manpower and patrols in Natchez and asked for citizen input in helping find the suspect and to curb violence by reporting crimes or potential crimes they may know about.

“We are planning to be out in force for awhile,” Patten said. “Be patient with us, as we continue to search for this individual. We need the people’s help in getting this individual apprehended. If you know something, call 911 or use the tips 411 app on sheriff’s office website. No tip will go un-followed up on.”

“We want everybody to have a safe holiday weekend and be vigilant,” Patten said. “If you see something, say something.”

NATCHEZ — During a special-called meeting Thursday afternoon, the Adams County Board of Supervisors entered into executive session to... read more