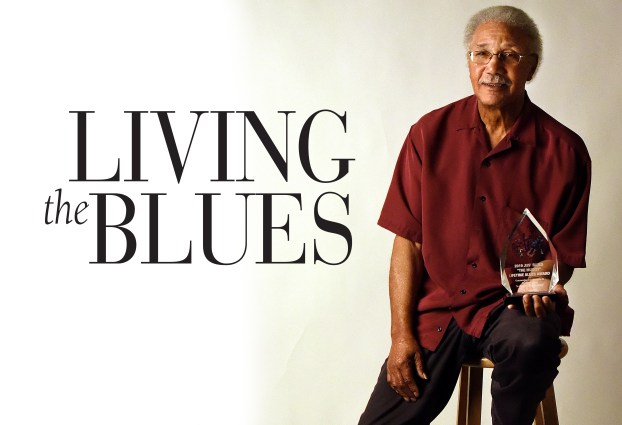 NATCHEZ — YZ Ealey of Natchez said he has been playing the blues most of his life.“I see the blues as my heritage,” Ealey said.

Throughout his career Ealey has had many honors, he said. Among those honors are having plaques dedicated to him in The B.B. King Museum and Delta Interpretive Center in Indianola, in the Ole Miss Blues Archive in Oxford and a Blues Trail marker.

As for awards, however, Ealey said he has not received many.

That’s why his latest accolade, “The Muddy” Lifetime Blues Award, presented to him by the Jus Blues Music Foundation July 29 through Aug. 1 in Tunica.

Ealey said he traveled to Tunica for the event where he performed over the weekend, sharing the bill with other notable blues performers.

Other blues musicians who received awards at the event, include some living and some deceased, Irma Thomas, Little Milton, Trudy Lynn, Bobby Blue Bland, KoKo Taylor and Denise LaSalle.

Ealey, at age 82, said he enjoys performing the blues at every opportunity, and he played 100 shows last year.

Some of Ealey’s favorite blues musicians, he said, include B.B. King, Albert King, Little Milton and, of course, the namesake of his lifetime achievement award, the late Muddy Waters.

Ealey said he has been honored to have shared a stage with some of those legends.

Ealey, however, said he never got to perform with or to see Muddy Waters perform live, only on television.

Ealey said he hopes when he performs for audiences they understand that he is performing authentic blues, which Ealey said he believes has deviated from its roots.

When the blues became popular in the 1950s, Ealey said it was authentic. Later it branched out with Rhythm and Blues. Over the years Ealey said he believes the blues has strayed.

“They started changing the meaning of the blues and started giving blues all kinds of different titles,” Ealey said. “In the earlier years R&B meant rhythm and blues, which stood for slow tempo and the up tempo was the rhythm. Now they give R&B all kinds of titles. Blues is my heritage. When I perform, I feel like I’m trying to hold on to something that is real,” Ealey said, adding he hopes that audiences understand that.

NATCHEZ — Investigators spent Thursday night and most of Friday combing the grounds of the Holiday Apartments where a... read more