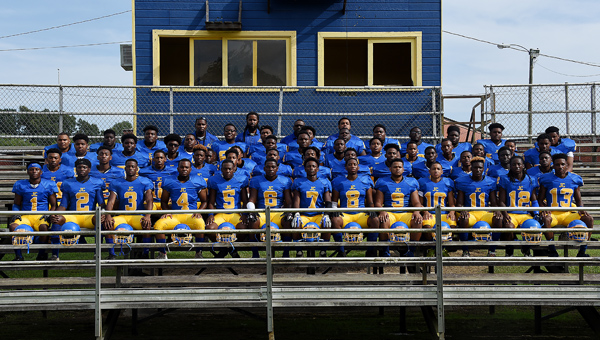 FAYETTE — Jefferson County High School’s three-game road trip to start the 2019 season will finally come to an end on Friday when the Tigers travel all the way to west Texas to take on the Odessa High School Bronchos at Ratliff Stadium in Odessa, Texas. Kickoff is set for 7 p.m.

“That left me in a bind to try to find games so we can have an eight-game season like we had last year,” Herrington said. “That left me to have to travel to even find games that were close. I posted an opening on a site that needed games. This one guy out of Arizona, he had a team out of Texas, the Odessa Bronchos. I talked with my team about it. The players seemed excited about it. We took it before our board of education. Before I took it before the board, I ironed some things out.”

Even though there were some concerns about traveling that far to play a football game, the board gave Herrington the go-ahead to fundraise for the trip.

“I did about seven different fundraisers. The trip was somewhere around $13,000,” Herrington said.

As for how the Tigers are going to get to Odessa, Herrington said. “We’re going to charter a bus to take us out there. D&W Tours out of Jackson is providing the charter transportation for us to travel. We’re meeting at the school at 11 p.m. (Wednesday). We’ll be loading the equipment. We’ll be leaving at midnight.”

Jefferson County is 1-1 and will look to build on its momentum after its 22-20 comeback win over MHSAA Class 5A Natchez High School when the Tigers take on the University Interscholastic League (UIL) Class 6A Bronchos, who are 0-1 after a 55-13 loss to Monterey High School out of Lubbock, Texas.

“Odessa is a young football club as well as we are,” Herrington said. “They run a 3-4 defense and they are a two-back, one-back, shotgun spread team on offense. They are similar to the two teams we’ve played so far (Magee and Natchez). Biggest difference is they use a lot of motion with all players.”

Herrington said he would like to see his team do a better job of starting fast and putting points on the board early so it won’t have to try to get into double-digit deficits in the first half. He added that the Tigers cannot put themselves behind the eight ball with penalties and turnovers.

BROOKHAVEN — Izzy Dupre scored both of her goals in a 10-minute span in the second half to as the... read more