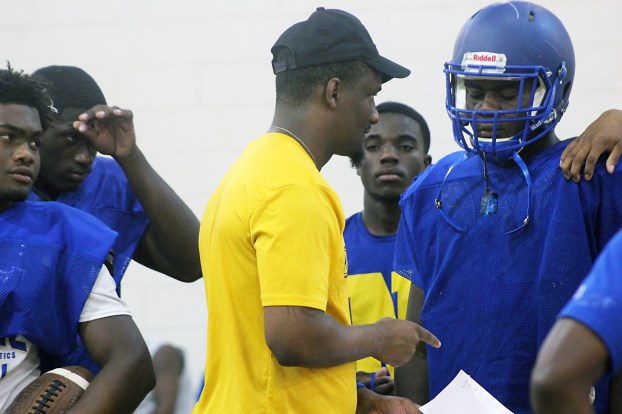 NATCHEZ  — The Natchez High Bulldogs are preparing this week to host a team they’ve never played before, the Scotlandville Magnet High School Hornets of Baton Rouge.

The Bulldogs come into the game with an overall record of 2-1 while the Hornets are 3-0.

Both teams are in Class 5A, but in different athletic associations. The Hornets are in the Louisiana High School Athletics Association (LHSAA).

Head coach Roy Rigsby said he scheduled the Hornets because they called him.

“Scotlandville is a very good football team,” Rigsby said. “At the beginning of the football season, we want to make sure we play against some great competition. We decided to take them on.”

Scotlandville is the only out-of-state opponent the Bulldogs will face this season.

“In-state, we see a lot of teams that are the same size as us,” Brigance said. “But when we face out-of-state teams, we face teams that we have never heard of and face totally different types of athletes.”

One of the key players to watch is James Singleton.

In last week’s game against Velma Jackson, Singleton rushed for 150 yards and passed for over 100 yards. He also threw three touchdowns and rushed for a touchdown. The Bulldogs beat the Falcons, 38-27. Singleton said he just wants to go out there and compete.

“I want to complete more passes and keep the team under control,” Singleton said. “I have to make sure they’re playing with a level head.”

Another element of the Bulldogs to watch is the secondary, meaning the line backers and the defensive backs.

Rigsby said the secondary needs to plays like they did in the second half against Velma Jackson.

One of the secondary players to watch is defensive linebacker Brigance. Against the Falcons, Brigance obtained three solo tackles and forced a fumble.

“We want to shut the Falcons out,” Brigance said. “In this game, I want to have at least two interceptions and five solo tackles.”

The kickoff is set to start at 7 p.m. on Sept. 13 at Tom F. Williams Memorial Stadium in Natchez.