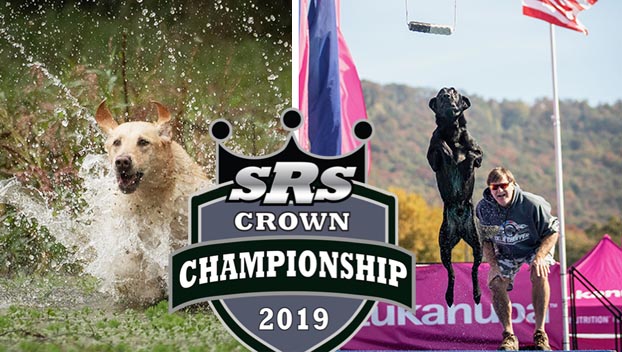 NATCHEZ — For the first time in 19 years, the Super Retriever Series Crown Championship comes to Natchez.

A national competition, the Super Retriever Series features some of the best hunting dog and handler teams in the country.

In years past, Natchez has hosted a couple of Dog Club qualifiers and a Club event, but nothing like the Crown Championship, organizers said.

Shannon Nardi, Owner and Producer of Dancin’ Dog Productions, said what sparked her interest in hosting a Crown Championship in Natchez was how beautiful the grounds were.

“For me, I look at a town and think: ‘Oh, this would be a good place to televise,’” Nardi said. “I thought the grounds were beautiful and the plantations were too. The grounds are great and they will be a good testing grounds for these dogs. “

To be a participant, a dog must have won trophies in either the American Kennel Club or the Hunter Retriever Club.

There are two types of events for the Crown Championship: dock events and hunting events.  There are three dock events: Super Fly (where the dog jumps in the air and tries to grab a toy), Super V (a vertical jump) and Raider Run (a speed test where the dog jumps from the dock into the pool and swims for a bumper in the water and swims back to the dock). All of these events will happen on the Natchez Bluff from Friday through Sunday.

“I look at these hunting events like it’s fake duck hunting,” Nardi said. “When these guys can’t hunt in the real scenario, they’re training their dogs to hunt.”

This weekend, Nardi said dogs and their owners will be coming from all over the country. There will be dogs from Alabama, Arkansas, British Columbia, Georgia, Kentucky, Louisiana, Missouri, Minnesota, Nebraska, North Carolina, South Carolina and Texas.

Leo Joseph III, an attorney for WT Drilling in Natchez said he’s excited about the event coming to Natchez.

“I think it offers a lot for the town, being on the bluff and on different properties in town,” Joseph said. “I think it’s a good thing because we pretty much sit in the heart of hunting and duck hunting country. Hopefully, the town will come out, support the event and watch it.”

Joseph said he has held a Super Retriever event for three years but not the Crown Championship.

“The city and as well as local businesses are sponsoring this event to bring it to town,” Joseph said. “This will be the best duck dogs in the country. I really hope all of the duck hunters in the area will come out and watch the event. They will see how advanced a duck dog can be.”

The hunting portion of the event will begin on Wednesday while the dock-jumping portion will commence on Friday.  There will be a last chance qualifier for anybody who’s interested in qualifying in the dock events for the Crown Championship beginning on Saturday.

More than 60 dogs are expected to compete this weekend. The hunting and dock events are by elimination with 12 competing for the “Crown” on Sunday.

All of the finals will be recorded live on Discovery Network and will air in the Spring of 2020.

“I’m just really excited about the Super Retriever Series this weekend,” Nardi said. “My first time in Natchez was last year and I just think it’s a great little town. It has so much to offer. We hope the people of Natchez are excited about us coming and can check us out.”

VIDALIA — The Concordia Parish School Board voted by a majority to extend Superintendent Whest Shirley’s contract during a... read more