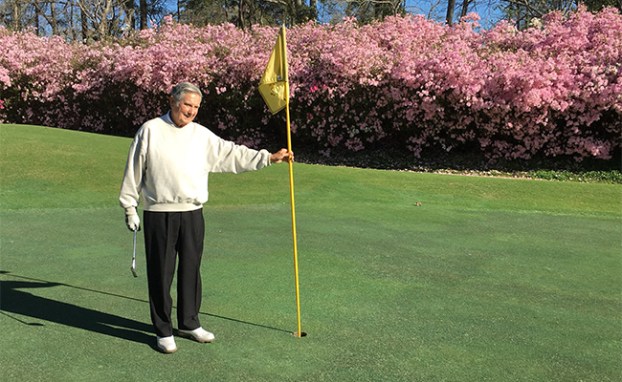 NATCHEZ — The 2019 Natchez Senior Men’s and Ladies’ City Golf Championships will be Saturday and Sunday at Duncan Park Golf Course.

Part of the City Golf Championships, there are four different divisions. The flights include Senior Men (50-59 years old), Super Seniors (60-69 years old) and Grand Masters for men (70 and over) and a Ladies division.

“Every citizen in Adams County and the surrounding areas is allowed to play in it,” Brooking said. “We would love to see some of the participants from Beau Pre. They have some really good players out there and all the way to Ferriday. It has become the only regional championship tournament. All of the other tournaments are exclusive.”

At the City Golf Championships for this year, Pete Powell and Jody Powell will be defending their championships from last year. Brooking won Super Seniors division last year but said he will be out due to illness and a surgery he had this year.

“In the Legends division, my favorites to win it are Pete Powell and Dan Blain,” Brooking said. “They have been fighting it out for years.”

Brooking said the City Golf Championships provide a recreational opportunity for the citizens of Natchez.

“We have an aged population,” Brooking said. “To have a Senior Championship has been important for the seniors to have a recreational opportunity and a challenge like this.”

The tee times are supposed to start at 8 a.m. Saturday but they might be moved up, due to anticipated rain at Duncan Park Golf Course.

Natchez High attempts to upset No. 3 team in Class 5A

NATCHEZ — Natchez High Bulldogs will host the No. 3 ranked West Jones High Mustangs in Class 5A on Friday... read more