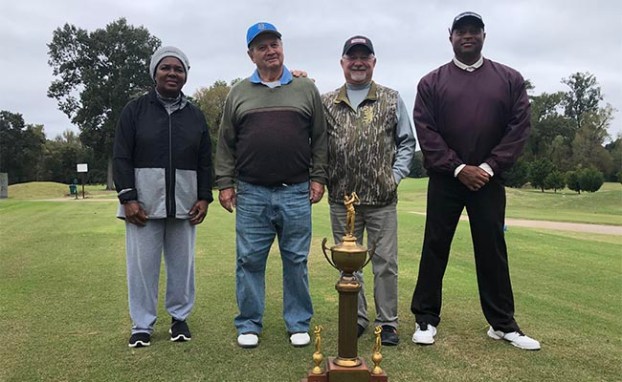 NATCHEZ — The 2019 Natchez Senior & Ladies City Golf Championships at the Duncan Park Golf Course didn’t go as planned, but at least the tournament was not completely washed out.

Powell ended up being the Overall Senior Men’s City champion as well as the Grand Masters champion after shooting a first-round 4-under-par 67 and a front-nine score of 5-under-par 30 in the final round for a 27-hole total of 97.

Bruce won the Masters Championship after overtaking first-round leader Paul Guido. Bruce shot 2-under-par 69 in the first round and 5-under-par 30 in the final round to finish with a score of 99.

The first round that was scheduled for Saturday was rained out and the tournament ended up being played over 27 holes on Sunday. All competitors played 18 holes like they were on Saturday for their first-round scores and then the front nine for their Sunday final-round scores.

Minnie Torregano won the Ladies Championship by 10 shots over defending champion Judy Powell. Torregano shot a first-round 72 that was followed by a final-round 33 to finish at 105. Judy Powell struggled in the first round and finished with an 80 before shooting an even-par 35 in the final round for a total score of 115.

Brooking said that 27 people had originally signed up for the tournament, but the inclement weather kept some of them from playing. There ended up being just 15 participants in this year’s tournament.