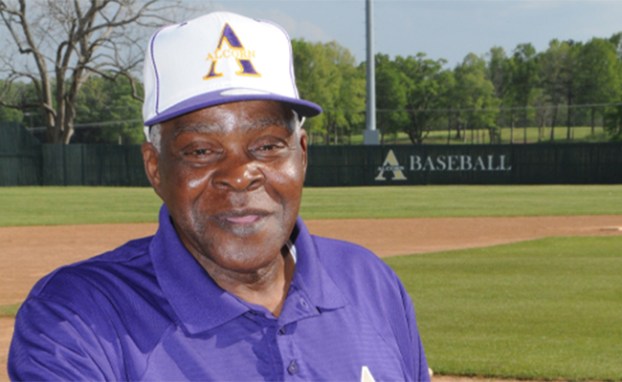 Lorman — The life and legacy of Willie E. “Rat” McGowan will be remembered and celebrated during his home going services later this week.

Long-time friend and colleague Willie Moses, director for the James L. Bolden Student Union described McGowan as one of a kind in Alcorn’s history. He remembers McGowan for being a selfless and dedicated leader who dedicated himself to pushing the university forward.

“He was original,” said Moses. “He was a hard worker who devoted himself to uplifting Alcorn and being committed to his profession. He was always willing to give his time and energy by staying involved with students and student-athletes. He had a listening ear, and he always looked out more for others than he did for himself.”

Marino Casem, former Braves Athletics director, head football coach, and colleague remembers McGowan’s love for the university and how his enthusiasm was an inspiration to many.

“Coach McGowan lived and breathed purple and gold,” said Casem. “During our time as colleagues at Alcorn, he displayed what it means to show school spirit by showing his love for Alcorn. Seeing him represent the university in such an exemplary way made me gain tremendous respect for him.”

Leslie Frazier, the defensive coordinator for the Buffalo Bills, played for McGowan as a member of the Braves football and baseball teams. Frazier recalled how McGowan also taught him to play golf. He appreciates all of the encouragement and fatherly advice that McGowan gave to him.

“Coach McGowan was more than a coach to me,” said Frazier. “He was my friend, mentor, and father figure. He was very demanding, but he had a big heart. He was one of those coaches that saw something in me and encouraged me to be the best. He treated me like a son, and I’ll always be thankful for the influence he had on my life.”