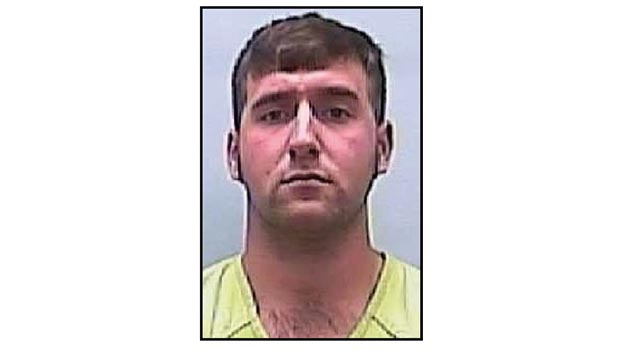 Adams County Justice Court Judge Tony Heidelberg sentenced Landon Turner, 24, of Denham Springs, Louisiana, to three months each for shooting two dogs to death and dumping their bodies in a ditch on Dec. 22, 2018.

Justice Court Judge Tony Heidelberg handed down the sentence that will run concurrently and suspended two months for each dog, meaning Turner will serve one month in jail on his days off from work over 90 days.

Turner also will pay a fine of $375 per charge.

Adams County Sheriff’s Deputies responded to a call at approximately 10:58 a.m. Dec. 22, 2018, in reference to someone witnessing someone throwing two dogs that had been shot into a ditch.

“Upon my arrival I spoke to Jack Sojourner, and he showed me the two dogs,” a report by Adams County Deputy William Neely states. “One tan full size dog shot in the left shoulder and left leg. Two, a brown and white medium-size dog shot in the neck just below left jaw bone.”

Upon investigation, deputies learned that Turner was a member of a hunting camp in the area and had shot the dogs because he said they were messing up his hunt, a deputy’s report states.

A warrant was issued for Turner’s arrest but he was not taken into custody until June 28, said Lt. Cal Green of the Adams County Sheriff’s Office, when he was pulled over for a traffic violation on U.S. 61 north and the officer learned he had a warrant.