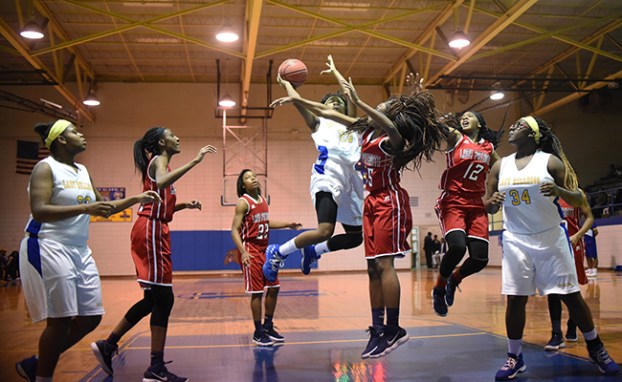 NATCHEZ — Friday will mark another season in the rivalry between Natchez Bulldogs and Jefferson County Tigers in both boys and girls basketball.

Since then, the Bulldogs have played the Tigers twice per year. Against Jefferson County, Natchez has won 18 out of 19 meetings. The latest Natchez win came from last season on Dec. 14 when the Bulldogs picked up a 57-30 win over the Tigers.

Bulldogs Head Coach David Haywood said it would be an overstatement to call this game against Jefferson County a rivalry.

Kedarious Stampley led the team with 21 points. Ethan Thomas and Travis Berry came off the bench and each scored eight points.

Haywood said the Bulldogs played well at some times in the game.

“They [Thomas and Berry] did pretty well for us last night when we needed it,” Haywood said. “They stepped up and made some plays.”

In preparation for Friday’s game, Haywood said he wants the Bulldogs to focus on defense and rebounding.

“At times, we played pretty well on defense and we would rebound the ball and they [Amite County] would take one shot,” Haywood said. “In the first minutes of the game, we didn’t guard well and we gave them second shots.”

Tip off for the game is at 7 p.m. at Natchez High School.

Candi Gray led Natchez with 10 points and Kya Singleton was second on the team with five points. Lady Bulldogs Head Coach Alphaka Moore said she was able to play a lot of players off of the bench in Tuesday’s game.

From Tuesday’s game, Moore said in practices to prepare for the Lady Tigers, the Lady Bulldogs are working on correcting mental mistakes on defense and wrong positioning on offense.

“It is always a fun game for us,” Moore said. “It’s our local rival so it’s always a good game.”
Tip off for the girls’ game is at 6 p.m. Friday at Natchez High School.

NATCHEZ — Today’s soccer match between Natchez High and Cathedral will feature two coaches who have known each other since... read more