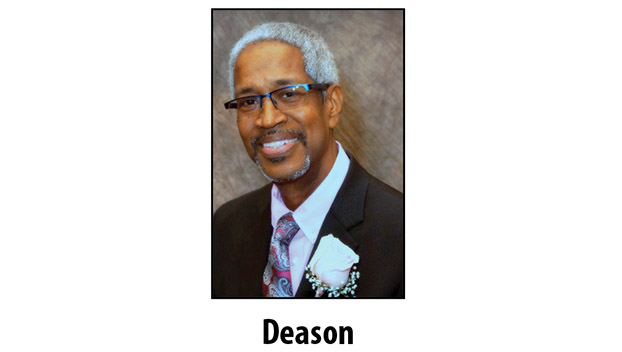 NATCHEZ — Friends and family remembered the Rev. Kevin Deason Monday as a man of God who put others first.

Deason, 55, pastor of New Direction Outreach Ministries died Saturday from cancer at the University of Mississippi Medical Center in Jackson.

Deason spent his last year generating support for cancer research as the face of the Team Natchez “Real Men Wear Pink” fundraising campaign for the American Cancer Society, which collected just under $15,000 this year and ranked third in Mississippi out of 22 teams for the most funds raised.

Over two years of participating in the campaign, Natchez collectively raised approximately $50,000 for the cause, said Dan Gibson, a close friend of Deason and the former face of the campaign in 2018.

“Kevin had been battling this for over a year and didn’t want any sympathy,” Gibson said. “He asked us to keep it quiet and we did to honor his wishes.”

Deason’s wife, Caroline Deason said she and Deason met in his hometown of Houston, Texas when she was 18 years old and were sweethearts. The two reconnected in Oct. 2010 in Natchez and were married two years later.

At the time, Deason worked as a chef offshore and was called to preach, she said.

“Had a love for the people of Natchez and wanted to see the community come together as one body and Christ,” Caroline said. “He knew more people in Natchez than I did and I have lived here most of my life.”

Deason left his job offshore and established New Direction Outreach ministries in 2014, she said. He also continued his education and earned his doctorate degree in April this year.

“He was an awesome husband who loved his wife, his children and grandchildren,” she said. “… He showed me the meaning of what a husband truly is and should be and I stood by his side until he left us.”

Deason also loved to cook, Caroline said, and started both a counseling and a catering business, worked as a cook at Garden Song Bed and Breakfast and was the food service manager at Monmouth.

Gibson said he first met Deason while playing the piano at Monmouth in Nov. 2015 and the two of them became close friends and started working together at Garden Song and as pastor and associate pastor at New Direction.

“He became more than my chef,” Gibson said. “He became my closest advisor and best friend, my pastor and my mentor. He continued to work up until the last couple of months until his health wouldn’t allow him to anymore.”

Gibson said the greatest gift that came of his and Deason’s friendship is the lessons he took from Deason’s influence.

“Kevin taught me to really look to the needs of others,” Gibson said. “He always put others ahead of himself. He exemplified to me that we should always care for those who are less fortunate. He changed my life.”

NATCHEZ — One of New Orleans’ largest hotel owners announced it has purchased the historic Natchez mansion Dunleith. The... read more