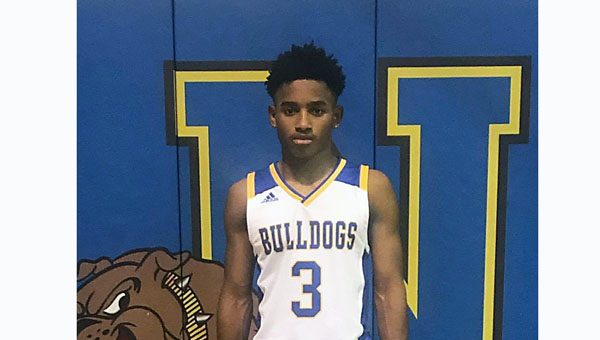 NATCHEZ — Dionte Thomas, a Natchez High School junior, feels right at home while he is in the classroom or on the basketball court, he said.

Thomas said since he was younger he has enjoyed spending his free time shooting hoops with his five brothers — but mostly his older brother John Thomas Jr.

“My older brother and I always played basketball together, but my younger brothers liked to play football and other sports,” Thomas said. “I’ve tried other sports, but basketball was the only one that came to me naturally. I worry less about playing well and it puts my mind at ease.”

Thomas spends a lot of his time outside of school at practice, he said.

In the classroom, Thomas is a straight-A student who is most passionate about his science classes, he said.

“Science comes easiest to me and it’s the most interesting,” Thomas said. “I like to answer a lot of the world’s questions that can’t be answered otherwise without science. Everything in the world and how it works comes back to science.”

After graduation, Thomas said he hopes to have scholarships to either play basketball in college or study to become a cardiothoracic surgeon.

“I chose cardio because of my passion for science and the fact that people in my family have had heart problems,” Thomas said. “I want to be someone they can count on.”