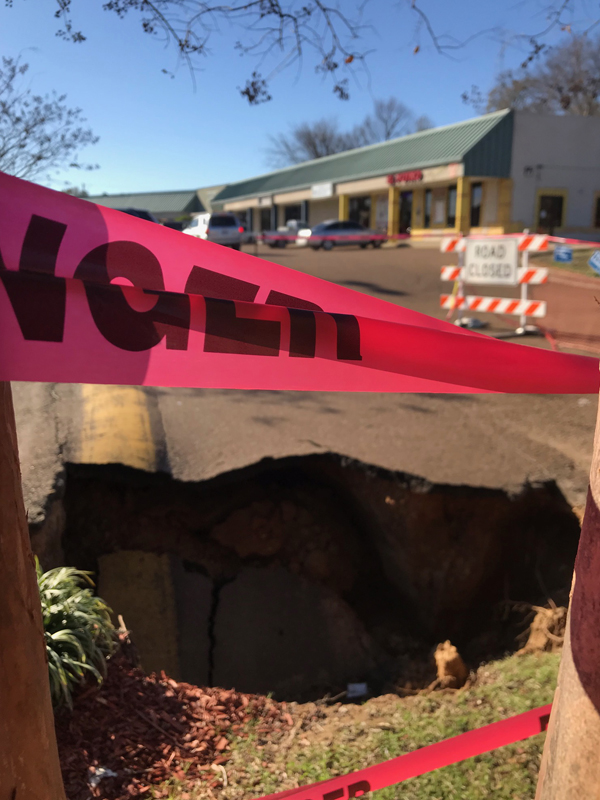 Sinkhole is on a private road

NATCHEZ — Ropes and barricades cordoned off an 8-foot deep sinkhole located on Northgate Road between the El Potro Mexican Grill and McDonalds restaurants in Morgantown.

Natchez Public Works supervisor Joe Peoples said Thursday that city barricades were used to rope off the damage on Thanksgiving weekend. However, the street is not city property.

Peoples said the sinkhole was the second sizable hole to appear in the area over the past few months, adding business owners in the area were working to fill another hole that developed further down the street by Cook Lawn & Tractor and behind the Seven Star convenience store.

“We provided barricades owned by the city to put around it about three weeks ago as a safety measure to prevent anyone from going into the hole,” Peoples said. “I don’t see where anyone is working on it now.”

Natchez Mayor Darryl Grennell said the City of Natchez would not accept ownership of the street some years ago before his term because of the developer’s engineering choices.

“When that property was developed years ago, it did not meet the city’s engineering specifications,” Grennell said. “When the developer built that road, they did not put in a culvert large enough to handle the water and so the city did not accept the road because it was not constructed right.”

City officials could not provide information about the owner of the property Thursday.

By STAFF REPORTS The Natchez Democrat NATCHEZ — Angels on the Bluff recently completed its 20th year of presenting the... read more