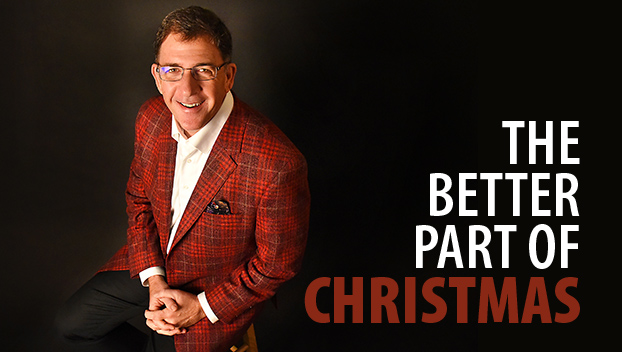 Carpenter humbled to be part of Natchez holiday tradition

Todd Carpenter thinks there’s nothing quite like a Natchez Christmas.

Originally from Tuscaloosa, Alabama, Carpenter moved to Natchez in his young adulthood and claimed it as his home.

While other children may try to sneak a peek at Santa Claus delivering presents to their homes Christmas Eve, Santa parades through Natchez neighborhoods in broad daylight before making his stop at the Braden Administration Building on Homochitto Street to deliver gifts to hundreds of children all at once.

Carpenter said when he first stepped out onto his front porch in downtown Natchez on Christmas Eve and saw a parade of cars hauling men dressed in business suits with Santa Claus throwing candy out the window, his first impression of the custom was probably the same as most people who aren’t used to a Christmas in Natchez.

“You think, ‘this is pretty odd,’” Carpenter said, adding he never dreamed at the time it would be him one day wearing the Santa suit.

Natchez’s Santa may not be as mysterious as the big guy in the North Pole, but the tradition of giving to those who may not be able to afford it otherwise is just as magical, Carpenter said.

When Santa Claus Committee chairman Tony Byrne sat down in Carpenter’s office and asked him to wear the Santa suit this Christmas Eve, Carpenter said it was an unexpected honor.

“It’s unexpected, exciting and humbling,” Carpenter said. “I feel very honored to be part of that group. The people who’ve been Santa Claus are a group of community leaders and special people. Just to be among that group is pretty humbling.”

Carpenter said he joined the Santa Claus Committee in 2003 about the time a friend  was asked to be  Santa.

“Someone asked me to join and ride along in the parade,” Carpenter said. “That was my first year, and it was the year it changed — for me — from being something that we watched and wondered about to becoming a real part of Christmas.”

The Children’s Christmas Tree Fund organizes a collection of toys and monetary donations to provide gifts to approximately 350 kids from ages one to 12 years old every year, and it is the Santa Claus Committee who selects the man to do the honor of passing out the gifts on Christmas Eve.

Committee co-chairman Johnny Byrne said the group was founded in 1928 by a group of businessmen who wanted to do their part to give local children a Merry Christmas, supporting other Natchez charities while they were at it.

In 2018, the Santa Claus Committee donated approximately $15,500 to Natchez charities, including the Children’s Home, Catholic Charities, Pleasant Acre Day School, the Guardian Shelter, Shop A Cop, the Natchez Stewpot, the Natchez-Adams County Humane Society and to their leading cause — the Children’s Christmas Tree Fund, Byrne said.“Our primary focus is the Children’s Christmas Tree Fund, which provides toys to children who may not otherwise receive gifts on Christmas,” Byrne said. “… We try to make sure they have all the money they need to go out and buy the gifts for the kids and we also appoint a Santa to appear in the annual Christmas parade. … He makes his most important stop at Braden and passes out the gifts to the children.”

Carpenter said he is looking forward to his turn on the stage of the Braden auditorium after having seen the event in action during his first year on the committee.Years ago as Carpenter watched hundreds of kids in need receive Christmas presents, the unusual Christmas custom finally made sense, he said.

“That’s when I started to understand the purpose of the Santa Claus Committee,” Carpenter said. “I knew about it — being affiliated with the newspaper. I knew its history … but I hadn’t put it all together until that time. To see that take place and see those kids opened my eyes to the purpose of the group.”

“The next thing you know, you ride around for a couple more blocks and then you’re at the Natchez Children’s Home and singing Christmas carols. You realize that those 15 kids who are getting gifts from Santa Claus are sleeping upstairs. It was an orphanage at the time. … My house was about a block and a half from the Children’s home and I had three young children.

“I realized, I had three children who were privileged to be sleeping in their own house and would wake up to have Christmas with their family the next morning. … It just hit me that this was the better part of Christmas. From then on my Christmas sort of started at Braden. … On Christmas Eve, for a little while at least, that is where I’m supposed to be.”

Carpenter said his big day as Santa will start sometime before 8 a.m. on Christmas Eve. A few hundred members of the Santa Claus committee will pull up to his house to start the parade.From there, Byrne said the group will drive through 10 different Natchez subdivisions with a couple short breaks in between before they finally arrive at Braden just after 11 a.m.

The gift giving lasts for approximately an hour while kids are called one-by-one on stage, Byrne said.

After lunch, the parade continues into the afternoon before the Santa Claus Committee makes its final stop — which will be an evening Christmas party hosted by Santa himself at the Carriage House.

NATCHEZ — On Thursday morning a homeless man allegedly took desperate measures to get shelter from the frigid temperatures by... read more