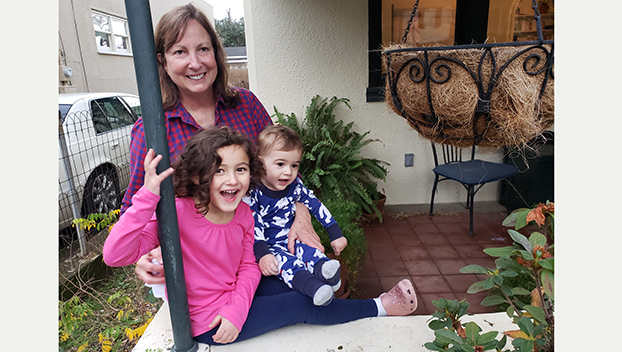 The Dart: Birthday adds even more celebration to holidays for Natchez grandparents

NATCHEZ — It’s a special time of year for the McDaniel family on South Union Street, and not just because of the Christmas and New Year’s Day holidays.

When The Dart landed near the home of Pat and Anne McDaniel Friday evening, their son, daughter-in-law and two grandchildren were just finishing a week-long visit that was full of celebrations.

The McDaniel’s grandson, Troyce, just celebrated his first birthday on the eve of Christmas Eve, said his mom Nawal McDaniel.

“We had him just before Christmas last year,” Nawal said. “He had a Mickey Mouse party and lots of toys and a John Deere truck.”

Troyce’s four-year-old sister, Anastasia said she helped her baby brother celebrate his Christmas birthday by blowing out the candles and helping him unwrap his presents.

“I got a lot of presents, too,” she said. “There were so many I don’t even remember what I got.”

Anastasia said she and her family drove for a whole lot of hours from Jacksonville, Florida, to visit with “Pops and Mama Mac,” as she calls them.

Once they were settled in, the family spent the holidays visiting, relaxing and walking around downtown Natchez, Nawal said.

The parents and grandparents may have walked, but Anastasia said she preferred to “run really fast,” instead.

“Look how fast I can go,” she said spiritedly as she darted down the sidewalk in front of her grandparents’ home.