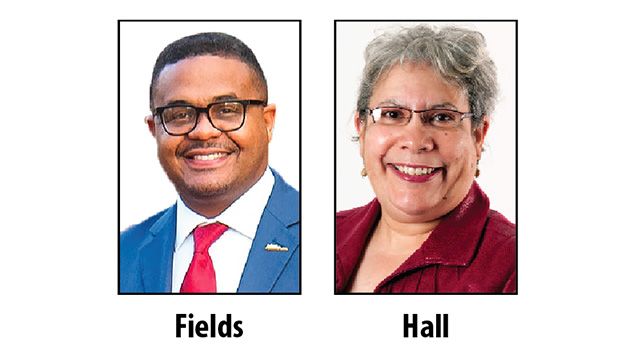 Fields to run for mayor again; Hall throws hat in ring for alderwoman

NATCHEZ — Ernest “Tony” Fields threw his hat into the ring Friday to run for Natchez Mayor and will face Dan Gibson who had filed for the office last week.

Both are running as Democrats and will face each other in the primary election on April 7.

As of Monday, Fields and Gibson were among eight candidates who had filed to run in the April election that includes Natchez Mayor and Board of Aldermen positions.

“I just feel like I have the knowledge, the tools and willingness to work that would make me a good mayor,” Fields said. “… I’ve had a lot of people come out and support me on this and for that I am really grateful.”

Incumbent Natchez Mayor Darryl Grennell announced last month that he will not seek a second term in office. Fields ran against Grennell for the postion in 2016 but lost to Grennell in the primary.

Other candidates who have qualified as of Monday include Valencia Hall, who filed as a Democrat to run against incumbent Ward 1 Alderwoman Joyce Arceneaux-Mathis.

“I am running to be the leader that we need for Natchez and to Ward 1,” Hall said. “I want to bring unity and cohesiveness to the board and to Natchez. We need social infrastructure and economic infrastructure, but we — the Board of Aldermen and Mayor — have to work together with Natchez Inc. and Natchez Now. I want to be the voice of Ward 1, which it desperately needs. … The divisiveness has to end in order for us to become unified and work as one body to bring Natchez forward.”

Fields said he does not support OneBoard, a local group led by attorney Paul Beniost that advocates abolishing the city’s special code charter and placing the City of Natchez under the governing authority of the Adams County Board of Supervisors.

“I respect Mr. Benoist and the efforts of the group that is pushing that initiative. I just believe it’s too radical of a change for our community,” Fields said. “We should really change our mindset to be more progressive — to be strategic and purposeful in our short- and long-term goals. … I know Natchez can work. We just have to make it work. I know that is easier said than done, but I work hard each and every day to prove the doubters wrong.”

NATCHEZ — Additional upgrades to the community pool on Liberty Road may soon be underway, but not before the city,... read more