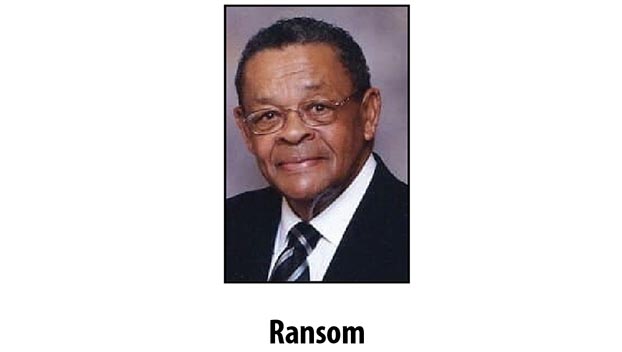 NATCHEZ — Friends and family members remember Francis James Ransom Sr., who died Jan. 1 at the age of 91, as an accomplished businessman who had a dry sense of humor and who loved his tractor that he affectionately called “Alice.”

For Ransom’s granddaughter, Tracie Ransom who is an attorney who runs a consulting business in Kansas City, Missouri, Francis Ransom was a giant.

“To be an African American in Natchez, Mississippi, in 1961, and start a business in this city that survived and was highly successful over many decades, it is just remarkable,” Tracie said. “For context the Civil Rights Act was 1964. The Voting Rights Act was 1965 and the Fair Housing Act was 1968 — none of those acts had been passed at the time my grandfather was coming out of Tuskeegee and entering into the construction business.”

Former Natchez Mayor Phillip West said he remember Francis as a successful businessman in the early years of the turbulent 1960s.

“He was an excellent business person in the community during that particular time early on,” West said. “He was involved with the Natchez Business Civic League, and I knew more about him through that particular position.”

West said the Natchez Business Civic League was a minority business organization in the segregation era when blacks were not welcome as members of the Chamber of Commerce.

“That’s how I got to know him, but I always appreciated the fact that he was able to be a top-quality business person in the construction area during that particular time in spite of the obstacles and the kinds of things he had to do in order to do that,” West said.

“He was a personal friend, and I think people who knew Francis knew him as an honest sincere person,” Byrne said. “He was a very excellent contractor.”

After Byrne became mayor of Natchez in 1968, he said the city was appointing blacks to committees and commissions.

“I asked Mr. Ransom to serve on the water board and not only did he serve on it, but he became chairman for years,” Byrne said. “So he did an outstanding job there and helped us with the lines of communication between the white and black community of those days to settle down to where we could all work together.”

West remembers Ransom as an excellent member of the Natchez Water Board.

“I’ve always been impressed that during the time that he served (on the water board) and others served,” West said, “we never had a boil water kind of problem in Natchez. These kinds of problems are in other communities throughout the state, but we’ve never had that kind of a problem in Natchez, which in my mind tells me that those persons who served for the city of Natchez were doing an outstanding job and that would include him and the leadership he provided from that capacity.”

Tracie also remembers her grandfather as a man who loved God, his church, his family and his community.

“My grandfather was not just a great businessman in this community but he volunteered his time for so many causes and organizations,” Tracie said, adding she continues to hear stories of the acts of kindness her grandfather did for others over the years.

Tracie said one thing she will miss about her grandfather is his dry sense of humor.

Francis’ son, Herman, who still heads up the family’s construction company, Ransom Construction LLC, said his father was a serious businessman but also enjoyed his free time on the family’s land in the Kingston community.

Both Herman and Tracie said they would miss Francis’ input, wisdom and advice.

“I won’t miss his dry jokes, though,” Herman said, with a laugh.

“He was a tremendous asset during a time when we needed assets in our community, and I for one will never forget the positive kinds of contributions he has made to our city in the private and the public sector,” West said. “I wish his family well and condolences to his family.”

“The community will miss a very good man who did a lot to help the whole town,” Byrne said.

Fields to run for mayor again; Hall throws hat in ring for alderwoman

NATCHEZ — Ernest “Tony” Fields threw his hat into the ring Friday to run for Natchez Mayor and will face... read more