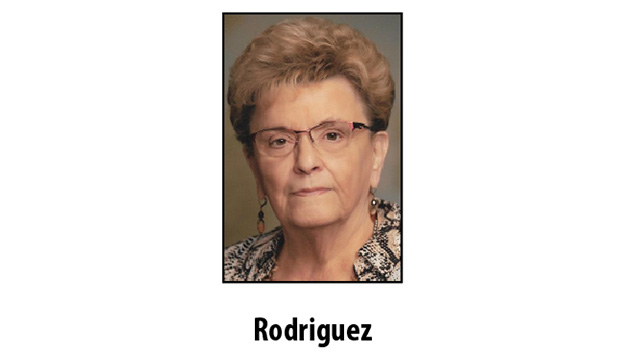 NATCHEZ — Natchez resident Barbara Rodriguez will be in good company when she receives one of the state’s highest honors among horse owners and trainers.

Saturday evening Rodriguez will be inducted into the Mississippi Quarter Horse Association Hall of Fame — an honor that was bestowed on both of her parents, Roland and Ruth Stacy, and close family friends.

Roland “Pee Wee” Stacy was the first person to be inducted into the association’s Hall of Fame. Close friend Doris Ballew followed.

“He and Daddy brought quarter horses in Mississippi and got into forming the quarter horse association here,” Rodriguez said.

Growing up in a house filled with horse lovers, Rodriguez said she “caught the bug” quickly and become involved with quarter horses early.

“It gets in your soul and in your heart,” Rodriguez said. “I have had my foot in it forever.”

Her love for quarter horses grew stronger after she married a horse trainer and traveled across the country meeting horse owners and trainers.

“Some of the people were movie stars and celebrities,” Rodriguez said.

Rodriguez said one of the people she met was Nudie Cohn, the designer of elaborate suits and outfits for country music stars and other celebrities.

“He designed all of the western clothes for Roy Rogers,” Rodriguez said. “It was just fascinating to see this little-bitty man who was the star of clothing for all of these celebrities.”

Living in Virginia, Florida, Louisiana and California, Rodriguez made friends of celebrities like the actor Robert Mitchum who called Rodriguez by her first name.

“I have enjoyed meeting all these interesting people — from horse people to horse owners,” Rodriguez said.

Despite living in various corners of the country, Rodriguez said she has always called Natchez home.

When she finally returned home to stay, she remained involved in the state quarter horse association.

Following her dad’s lead, Rodriguez served as the MQHA’s president for two terms and served on the board of directors.

“My dad served four times, so he beat me,” Rodriguez said with a laugh.

As a lifetime member of the association, Rodriguez said she had traveled the state attending horse shows showing her support.

She said she especially loves watching the kids and grandchildren of those she worked with over the years growing up to enjoy working with horses.

“My Daddy started the state youth association,” Rodriguez said. “You very seldom ever see a child involved with horses get into trouble.”

Although she no longer owns and works with horses, Rodriguez said she likes to stay involved.

“I still have an interest in it,” Rodriguez said. “I go watch and participate in the association wherever needed.”

In 2014, Rodriguez donated more than 150 trophies her father won in his years of halter and calf roping to the MQHA. The 50s-era bronze horse figurines were refurbished and re-used as trophies at the Dixie National Quarter Horse show for its 50th anniversary.

The awards were just a small part of the 1,400 trophies her father won in his career. Rodriguez gave the remaining prizes to the state’s 4-H Club and Youth Quarter Horse Association to use in their shows.

Despite all of her contributions and involvement, Rodriguez said she still has a hard time believing she will be inducted into the Hall of Fame.

“In my book, I am just an average horse lover,” Rodriguez said. “I would have never thought this would have happened to me.”

“I appreciate what the quarter horse association has offered me and what I came away with.”

By STAFF REPORTS The Natchez Democrat Two former mayors of Concordia Parish towns qualified to run for mayor of their... read more