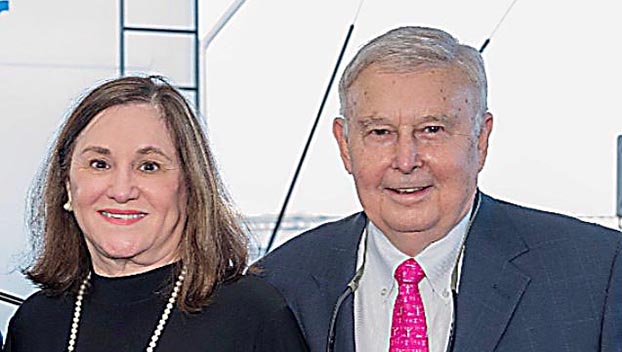 Reuthers will be 2020 Krewe of Phoenix parade grand marshals

Special to the democrat

This year Warren and Nancy Reuther will lead the Krewe of Phoenix Mardi Gras Parade on February 21 through the downtown streets during their annual night parade beginning at 6 pm. as revelers line the parade route with Mardi Gras excitement as the call out “throw me something Mister”. The Krewe of Phoenix is proud to honor this community minded couple.  They will also participate in the krewe’s Call Out and Grand Ball.

Nancy Reuther is the owner and general manager of Monmouth Historic Inn and Restaurant 1818. She is also an owner of New Orleans Hotel Consultants, Natchez City Sightseeing, and Hospitality Consultants Mississippi, which is the managing entity that oversees the marketing and operations for the Natchez Convention Center and Community Center, the Natchez Grand Hotel, and Monmouth Historic Inn. Together with her husband, Warren, they proudly employee over 500 individuals, with over 74% being minority. She is a past president of the New Orleans Convention and Visitors Bureau’s Board of Directors, served on the New Orleans Convention Center Board of Directors, the Board of Directors of the New Orleans Arts Council, the Board of Directors for the Louisiana Philharmonic Orchestra, and Board of the Greater New Orleans Sports Foundation. While serving on these boards, Nancy’s goal was to bring art and tourism together to showcase the best of what New Orleans has to offer. Nancy is also a member of the Natchez Garden Club and the Natchez Bed & Breakfast Association. She is also a part of the committee to help reestablish Margaret Martin School as a home to fine arts in Natchez. When not in Natchez, Nancy enjoys time at home in New Orleans with her family, which includes 8 granddaughters.

Together, the Reuthers contribute to many programs and committees in Natchez. Working on a permanent boat dock for Natchez, Interstate 14 coming through Natchez, assisting with the Proud to Take a Stand Program, the Black Entrepreneur Green Book program for Natchez, and relighting of the Mississippi River Bridge. They were awarded the Large Business of the Year Award for 2019 by the Natchez Business & Civic League and were instrumental in passing the $2 Marketing Program for Natchez that has generated over $4 million to market Natchez. They have both also contributed to both the Concerts for the Cure fundraising program for Breast Cancer Research by hosting concerts at Monmouth Historic Inn and Y’all Means All as a sponsor for the Battle of the Belles this past fall.

Special to the Democrat The Krewe of Natchez Indians will host their 14th Annual Grand Ball , February 1, 2020 ... read more