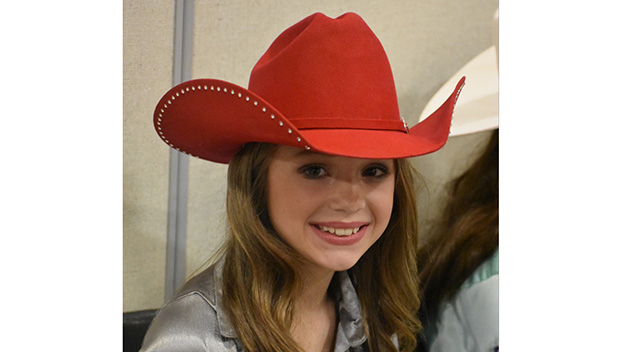 NATCHEZ — Earlier this month, a Cathedral Elementary School fourth-grader became a cowgirl and a princess at the same time.

“I had to do an interview and we had to go up on stage,” Carter said. “… We had a fashion show and had to answer an impromptu question. It was about what your favorite part of the rodeo is.”

Carter decided her favorite part of the rodeo is barrel racing, she said, adding she would like to try it herself one day but isn’t quite old enough yet.

“When I get older, I want to be a barrel racer,” she said.

Carter said she does ride horses at home, however. She likes to ride her dad’s horse called “Miss High Brow Cash,” or “Cash” for short, and her brother’s horse called Cinch, she said.

When she’s not riding, Carter said she has other responsibilities to keep her horses happy, such as grooming them and mucking their stalls.

Carter also plays softball, basketball and golf and is a ballet dancer, she said.

“When I grow up, I want to be a veterinarian,” she said. “I love horses and pretty much any animal I see.”