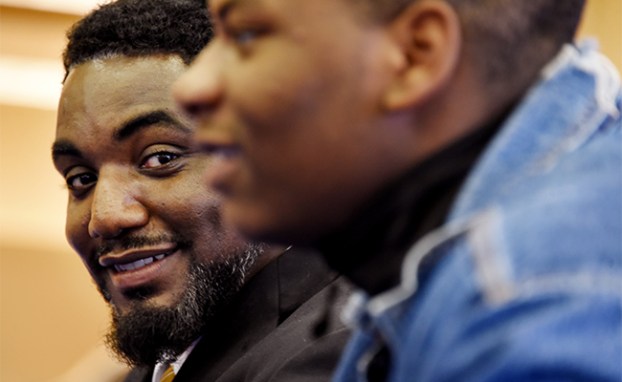 “I’m excited for a great opportunity that the Lord has blessed me with,” Craft said. “I’m looking forward to taking the Bulldogs to another level.”

“We took a good bit of time to give strong consideration of who might be the best person for the job,” Moore said.

Craft played football for Jones County Junior College and earned an athletic scholarship at the University of Tennessee in Chattanooga. In Craft’s 13 years as a coach in football, he said he never was a varsity head coach.

“I think to be an assistant, you should always have a motivation to one day be a head coach,” Craft said. “It’s one of my career goals and to also have an opportunity to win, wherever I end up. I think we have a chance to win at Natchez.”

Craft takes over as head coach since Roy Rigsby resigned in December. Rigsby obtained a 4-7 overall record with the Bulldogs and 2-5 in Class 5A Region 3 play.  Last season, Craft was the linebackers coach for the Laurel High School Golden Tornadoes. The Golden Tornadoes finished with an overall record of 10-3 and lost 42-28 to Picayune High School in the first round of the Mississippi High School Activities Association Class 5A playoffs. Natchez High played against Laurel High School and was defeated 48-14.

“When I asked for a head coaching position, the things I looked for were having the opportunity to win, having a community that would support our programs and also having an administration that would support what we’re trying to do,” Craft said. “After going through the interview process in Natchez, I feel like those are things that we are all willing to do. We’re trying to move it in the right direction. I feel like athletics and academics go hand in hand. It can’t be just one sided. We have to work together to get where we’ve got to go.”

On Wednesday afternoon, Craft met with the players on the Bulldogs team. Craft said he told the Bulldogs about their goals for the season.

“I told the players that we’re going to come into the season ready to work so we can achieve success on the football field,” Craft said. “Our goal is that we want to steadily improve every week and try to peak at the right time. We want to play well and play as a team.”

“I feel like that is another way to get to know the students,” Craft said. “I feel that my role should be to make sure that our student football athletes are in the classrooms doing what they’re supposed to be doing on top of training on a day to day basis.”

VIDALIA — Michael Norris said he has dreamed about being the head coach of a high school football team in... read more