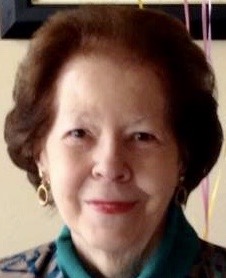 Visitation will be from 9:30 a.m. until service time Monday in the church parish hall.

She was the great-great-granddaughter of Gerard C. Brandon, the first native-born governor of Mississippi.

She was a 1942 graduate of Natchez High School and a 1944 graduate of Stephens College in Columbia, Missouri. She also attended Ole Miss for her junior year.

Kate Don married George Lawrence Adams, a Natchez attorney who was elected to the Mississippi State Senate soon after his five-year tour of duty as a major in the Army during World War II.  They raised four children in Natchez during their 48-year marriage.  After his death in 1994, Kate Don went on to marry John Taylor Green, a prominent Natchez lawyer and lifelong friend.

Kate Don and Lawrence bought and lovingly restored the beautiful antebellum home “Oakland” which was on tour for many years as part of Spring Pilgrimage.  She was well known as a gracious hostess and was highly respected for her creative design of the brochures for the Pilgrimage tours of homes for many years. Kate Don was also committed to her work with the Adams County Heart Association, serving as president as well as chairman of the Memorial Fund for the Association.

The family would like to offer special thanks to her caregivers: Rita Hunt, Lucille Jackson, Annie Binion, Miller Jean Moore and Andre Marvel; her longtime friend, Althea Ford; and her gardener, Scotty Thornburg.

In lieu of flowers, the family request memorials to be made to the American Heart Association or a charity of your choosing.