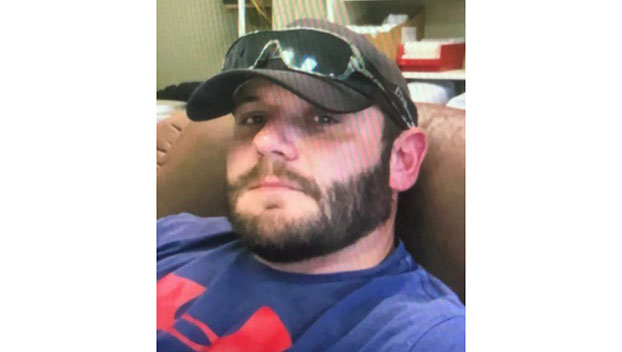 NATCHEZ — Law enforcement officials arrested a man who they said killed his parents at their Natchez residence and abducted a his 9-month-old daughter some time before 6 p.m. Sunday in the area of North Hampton Road.

Natchez Police Chief Walter Armstrong said law enforcement officials arrested Colton Prescott, 34, formerly of Natchez, in connection to the deaths of his parents and abduction of his daughter at before 9 p.m. Sunday.

“I’ve been asking myself one thing since all of this started, and that is how do you kill your parents?” Lee said. “I just feel so sorry for this family and all of the relatives involved. I’ve seen a lot of things, but this was horrible. I just don’t understand it.”

Armstrong said the baby’s mother left her baby with the baby’s grandparents understanding that she would pick her up at approximately 6 p.m. Sunday.

When the mother came back to pick the baby up, the grandparents were dead and the baby wasn’t there, Armstrong said.

Officials followed a tip that Prescott was at a residence in Sibley and Adams County Sheriff’s deputies found Prescott and the baby there unharmed, Armstrong said.

“I’m just thankful that someone called in that tip and it was valid,” Armstrong said. “ACSO did a wonderful job getting the child back safely. That was always our top priority when we heard that she was missing — to get the child returned safely and unharmed.”

Adams County Sheriff Travis Patten said the Special Response Team, HEAT Unit and other ACSO deputies were dispatched to assist the Natchez Police Department in locating Prescott sometime before 6 p.m. Sunday and located him at a house in the area of Lake Montrose Road.

“As the SRT team closed in on the house, an individual who lived in the home came to the door, handed the baby over and exited the home,” Patten said. “Then we gave verbal commands for the suspect, Colton Prescott, to exit the house with his hands up. The suspect complied and seemed to be under the impression that he was Jesus Christ. He laid down on the floor and was taken into custody.”

Patten said the child was taken to her mother and Prescott was transported to the Natchez Police Department.

“The Natchez Police Department and Adams County Sheriff’s Office have worked extremely well together on this case to get the information out to everyone,” Patten said. “Thank God for the Miss-Win radios. We were able to monitor every channel and communicate. They worked extremely well to get the information out, recovered the truck and possibly recovered the murder weapon as well as the child.

“Hats off to every single officer who responded tonight. They did an outstanding job to bring the baby back safely and bring this suspect in. … You hate when things happen like this in the community, but it does make you more appreciative of the officers that we have who serve this community.”

NATCHEZ — This year’s flu season has been particularly hard on children throughout the United States, including the Miss-Lou, local... read more

Gibson gets our pick in difficult decision

Feast of Pentecost calls us to accept God’s spirit

Business begins to roll in for Magnolia Bluffs Casino

NCAA offers guidance for bringing athletes back to campus

Your Take: A loch in Scotland

Local houses of worship make plans to meet in person

Our choices for Natchez aldermen