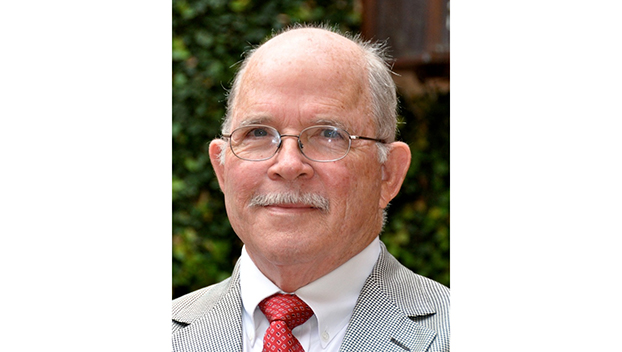 Natchez — H.I. “Cappy” Stahlman III passed away early Tuesday morning, Feb. 25, after what was recently determined to be Stage Four ALS. Always looking for ways to help others, Cappy donated his body to the University Medical Center in Jackson, so there will not be any formal services. True to his spirit, however, there will be a party on the bluff from 4 to 6 p.m. Sunday at the Natchez Grand Hotel. Call it “Cappy’s After Party” or a “Sunset Send-off”, but just don’t call it a Funeral!

Cappy Stahlman was born on Tuesday, Jan. 12, 1943, in Houston, Texas. He was the son of Bill and Nita Stahlman and, although originally a Texan, considered himself to be a true native Natchezian.  He attended Natchez High and the University of Mississippi where he was a member of the ATO fraternity. Following graduation, Cappy attended the Wharton School of Finance at the University of Pennsylvania.

Cappy was the CEO of Stahlman Lumber Company, which he co-owned with his sister, Jacque, until its sale to Stine, Inc. in 2000. Together with James Biglane, he founded First Natchez Bank (now United Mississippi Bank) in 1974 and served as Chairman of the Board from 2005 to 2014. Cappy was active with the Natchez-Adams County Economic Development Agency, the Miss-Lou Regionalism Committee, the Adams County Chamber of Commerce, and served on the Natchez-Adams County Search and Rescue Team. Cappy was always a fierce ambassador for Natchez and in 2012 was named Man of the Year.

Additionally, Cappy was the former Director of Allied Building Stores, President of the Home Builders Association of Mississippi, and a Life Director of the National Home Builders Association. He was an elder at First Presbyterian Church and could be found on Tuesdays at the men’s prayer breakfast. He was a member of the Wahabi Temple of the Shriners and was very active in the Royal Order of the Jesters.

Not content with retirement, Cappy established the Riverview RV Park on the Vidalia Waterfront. He believed in working hard, but he also believed in playing hard — often mixing business with pleasure. He loved boating and traveling and was a car and motorcycle enthusiast. Christmas Eve found him blaring horns in the Santa Claus Parade, and, along with James Biglane and Ron Riches, he co-founded the Great Mississippi River Balloon Race (now the Natchez Balloon Festival). In everything he did, Cappy “enjoyed the ride” and he will truly be missed.

Cappy is survived by his beautiful wife of 55 years, Judy, his two daughters, Susan Jane Drummond and Deborah Stahlman Prout, his sons-in-law, Chris Drummond and Kevin Prout, five grandchildren, Alexander, Claire, and Isaac Drummond, and Ashley and Wyatt Prout. Cappy is also survived by his sister Jacque and her children, Bill and Robin Stahlman and Julius Knotts, his sister-in-law, Jane Hughes, and brothers-in-law Bubba Hughes and Roy Ellzey. He is preceded in death by his brother, J.D. Stahlman.

Memorials may be sent to the ALS foundation, the Shriners Children’s Hospital in Shreveport, Louisiana or the charity of your choice.