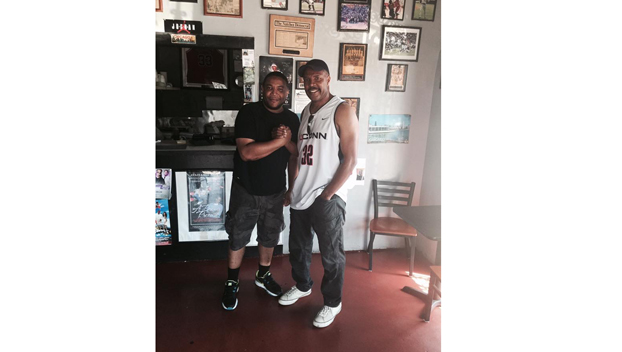 NATCHEZ — As Black  History Month nears an end, we would like to highlight our very own  black  history right here in Natchez.

Paul Lewis grew up in Chicago and all he had was a dream to own a restaurant. Lewis’ family opposed the idea because there was one major problem, he didn’t know how to cook. Lewis said God led him to talk to his wife, Bernice Lewis, to ask her if they could move to Natchez and start their own business.

Bernice Lewis didn’t hesitate to support her husband’s dream full force and Paul and Bernice Lewis moved to Natchez with their two sons Paul and Ryan Lewis in 1996. In August 1997, they opened Taste of Chicago on the corner of Martin Luther King Jr. Street.

This business thrived consistently for 21 years, and ended when Paul said he was ready for a change.

After closing, many people began to miss the home of tasteful tips and hamburgers. After closing Taste of Chicago Paul Lewis said he realized that God’s plans are way bigger than his own. At the start of February 2020, Paul began a new approach with the Taste of Chicago. He now partners with Word of Faith Ambassadors Worship Center to provide fundraisers for the community. Not only does the community get to enjoy his famous barbecue and other meals, but now everyone plays a part in serving the community. It’s simply what you call “the best of both worlds!”

As for now, Paul is doing a limited menu on certain days. Who knows where this will take him? This could possibly be the beginning of more  history in the making. His next event will be March 7 at Word of Faith Ambassadors Worship Center, 312 S Shields Lane, Natchez from noon until sold out.

NATCHEZ — Unless you’ve been vacationing in the wilderness for the past few months you have no doubt heard about... read more