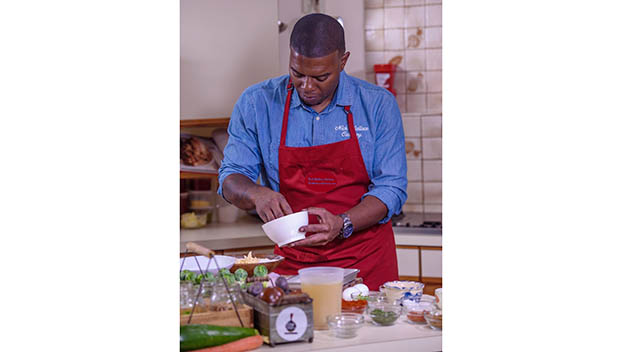 NATCHEZ — A celebrity chef and a pair of filmmakers plan to reopen the former Smoot’s Grocery and Steampunk Coffee Roasters on High Street as branches of an up-and-coming restaurant chain named Church Hill Variety.

The Church Hill Variety brand was created through a partnership between Jackson Chef Nick Wallace and local film producers Tate Taylor and John Norris — whose projects include such films as “The Help,” “Get on Up” and “Ma.”

Wallace, who has been featured on Food Network’s “Cutthroat Kitchen” and “Chopped,” said he touched on plans two renovate the two restaurants during a presentation he made last week at the annual Natchez Literary and Cinema Celebration.

Wallace said one of the restaurants, The Little Easy Bistro, would be open seven days a week from morning until evening on High Street. The coffee shop that used to be at the location, called Steampunk, moved last year to Franklin Street.

The restaurant will have a full-service kitchen, lounging area and an outdoor fireplace, Wallace said.

As for Smoot’s, Wallace said he plans to redesign the interior completely.

“As it is, only half of Smoot’s is being utilized,” Wallace said. “… I’m going to open it up, and tear down some walls.”

Wallace said the restaurant would have a music concept with great food, bar and feature different artists Wednesday through Sunday each week.

Wallace said the acoustics would be designed so that those dining in would be able to hear each other talking across the table while the bands are playing.

“It’s going to be a very inviting and pleasant place for people to enjoy themselves and eat,” Wallace said.

As a touring chef, Wallace said he couldn’t promise to be at the restaurants every day but would train other cooks and would attempt to employ locals first.

Wallace said he could have up to eight workers on staff, including cooks, bartenders and servers, at either location.

The Church Hill Variety group also plans to operate another restaurant in the former Yazoo and Mississippi Valley Railroad Depot on Broadway Street, which is owned and leased by the City of Natchez.

“Until the construction starts, I can’t give a date,” Wallace said of when the restaurants might open.

NATCHEZ — A non-profit group plans to place a psychiatric care facility in the old doctors’ pavilion near the former... read more