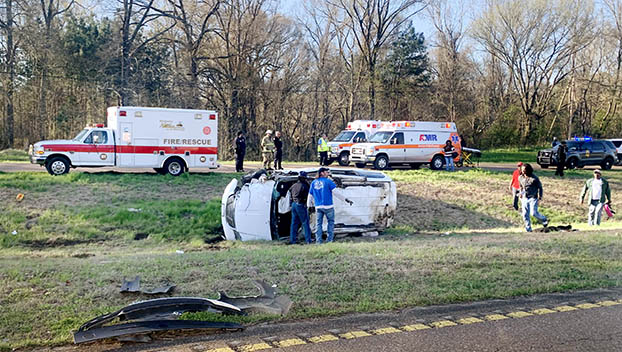 Three people recovering after being ejected in Friday morning wreck

“After arriving, Troopers learned that a Fayette woman (Kimberly Smith) was traveling south on U.S. 61 in a Chrysler Town and County van with her two children when she crashed into a trailer being towed by a Natchez man (James Moffett),” James said. “The trailer was being towed by a 2019 Ford F-250 that was traveling in the same direction as the van.”

James said the collision sent the Chrysler van into the median where it overturned approximately eight times, ejecting the three occupants.

James said while it is fortunate no one was seriously injured or killed, the accident should serve as a reminder of the importance of buckling up.

NATCHEZ — Adams County Circuit Judges are proposing changes to the public defense system that would, in retrospect, change the... read more