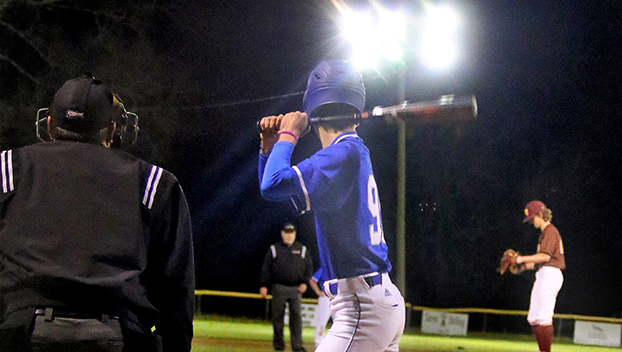 MONTEREY — The top of the fifth inning for Adams County Christian School was huge against Monterey High School on Friday night.

One of the standout players in the game was Connor Alpin. In the fifth inning, Alpin came through with a double and scored two runs.

“That was huge for the team,” said Jake Winston, head baseball coach of ACCS. “I like having Alpin out there because he has great energy. He was looking for a big hit tonight and was looking forward to it in the last three games. Alpin delivered on a crucial moment in the game.”

Alpin went one for four at the plate for the Rebels.

Preston Fuller was another standout player for the Rebels. Earlier in the fifth inning, Fuller hit a single to center field and scored two runs.

“When those moments were presented and those guys were able to take advantage of them, that’s always big for them and the team,” Winston said.

The Rebels (2-1) next game is a double header against the Delta Charter School Storm (1-5).

The Storm come into today’s doubleheader after a 13-3 win over L.W. Higgins High School on March 7.

One of the players to watch in the game for the Storm is C. Harrison. Harrison scored two RBIs, hit a triple and a double against L.W. Higgins.

The first game of today’s doubleheader begins at 5 p.m. with the second game at 7 p.m.